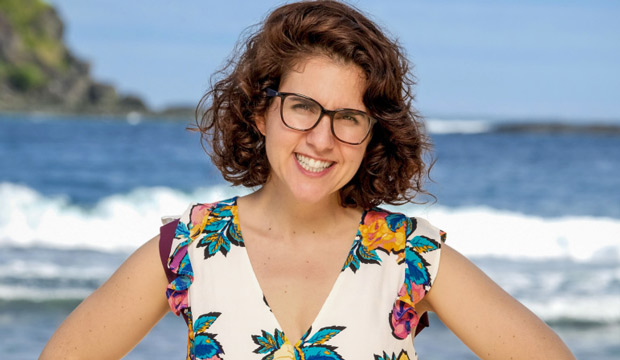 The third episode of “Survivor: Edge of Extinction” aired Wednesday night and immediately revealed whether voted-out castaway Keith Sowell decided to join Reem Daly at Extinction Island or whether he chose to leave the game completely. Elsewhere, returning players Aubry Bracco and Joe Anglim were both targets of the newbies at the Kama camp, while Kelley Wentworth‘s name was once again thrown out by her Manu tribe members. Was it the end of the road for any of these popular fan-favorites?

SEEIslands in the ‘Survivor’ stream: Exile, Redemption, Ghost or Extinction — which one is your fave? [POLL]

Below, check out our minute-by-minute “Survivor” recap of Season 38, Episode 3, titled “Betrayals Are Going to Get Exposed,” to find out what happened Wednesday, March 6 at 8/7c. Then be sure to sound off in the comments section about your favorite castaways on CBS’s reality TV show, who annoys you the most, and who you think will ultimately join the “Survivor” winners list. Keep refreshing/reloading this live blog for the most recent updates.

8.00 p.m. – “Previously on ‘Survivor’!” In the second episode, Manu lost immunity for the second time and had to choose between voting out a physically weak player (like Keith) or someone who could very well turn on them later (like Kelley). They chose Keith. But when he was presented with the option of taking a boat to Extinction Island, he strangely hesitated. What will Keith decide to do? And will a weakening Reem survive another few days at the Edge of Extinction?

8:01 p.m. – At Extinction Island, Keith arrived (!!!) to find Reem in the dark with very few words of encouragement. She told him the she hasn’t eaten in days that it is “rough” out there. But while she might have raised the flag of surrender before his arrival, with him on the island she felt like she is back in her “motherly role” and needs to remain to protect him. The next morning they found maps of the island directing them to “steps” up a rocky path on another side of the island. At the top of the steps was a small basket of rice and another note telling them that every time they need rice they’ll need to make that same trek! Ouch.

8:05 p.m. – Back in the game we got right into the next reward challenge that tested their strength (moving sandbags into wheelbarrows) and accuracy (slingshotting targets). The prize was a choice between comfort or chickens. Manu got off to a quick start and assembled their wheelbarrow first, but Kama was right behind them and because they were more efficient at moving through the obstacle course they reached the slingshots first.

8:08 p.m. – But when it came to actually assembling the slingshots, Manu regained the lead and got Chris Underwood into a position where he could hit all 4 targets in the same time that Julia Carter could only hit 1 for Kama. That meant Manu won reward, their first win of the season! They chose to take the chickens back to camp rather than any comfort items. The comfort might have been a good decision considering Wendy Diaz left the challenge with a swollen and bruised ankle that she could barely move. Ouch (again).

8:14 p.m. – Manu returned to camp carrying Wendy in. Apparently the wheelbarrow fell on her and by the time they got back from the challenge things were not looking good for her. Oddly, the tribe decided to “give her some space” and went to celebrate the chickens while she suffered alone on the sidelines. To add insult to her injury, Wendy was forced to listen to her tribe discuss killing the chickens to eat when in her heart she did not want to do that. IDK if she was like in a state of delusion, but she asked Rick Devens to help her set. the. chickens. free. WHAT?

8:17 p.m. – Over at Kama, Victoria Baamonde and Ron Clark were discussing what their options would be in a situation where they’d lose immunity. Stupidly, Victoria threw Joe’s name out there while. he. was. right. behind. her. WHAT? She tried to cover it up, but it was a huge red flag for Joe who went to Aubry and their ally Aurora McCreary to warn them that they’re on the bottom. The revelation sent Aubry on a quest to find a hidden idol, desperate to find one for the first time in her three seasons. And sure enough she found it!

8:22 p.m. – Meanwhile back at Manu, Wendy continued to create an issue over the chickens. Wardog DaSilva felt like she was being a hypocrite considering she eats meat back at home and eventually so did everyone else. Between the chickens and the ankle, Wendy put herself in the clear position of being the next on the chopping block. This was good news for Kelley who knows that she is also fighting for her life in the game.

8:27 p.m. – At the immunity challenge Wendy was (at least) standing! Unfortunately, Kama was the tribe with extra members so Wendy couldn’t volunteer to sit out from what turned out to be a physical challenge in the water. But Wendy managed to contribute as one of the swimmers tasked with tugging a rowboat of other members to a pedestal where they’d have to jump and grab keys from a perch. By this stage both tribes were evenly paced.

8:30 p.m. – Manu pulled ahead in collecting the rings and reached the final stage first where the three players would use their keys to unlock chests and begin building a ship wheel puzzle. But Kama figured out the spokes portion of the puzzle first while Kelley and David Wright frantically struggled to get theirs together. By the end, Aubry, Ron and Julia assembled all three stages of their puzzle quicker than the other tribe could figure out one stage and as such won immunity for the third straight time.

8:38 p.m. – Facing the decision of who will be the third straight member of their tribe voted out, Manu returned to camp with the spotlight on hurt Wendy and vet Kelley. Before getting to that conversation they wanted to kill one of the chickens in order to have it for dinner. But Wendy took their flint, preventing them from being able to start a fire and hoping to stop them from killing the chicken. The tribe suspected her and sent David and Rick after Wendy (who had suspiciously left camp) to investigate. Wendy denied taking the flint, even to her two allies, and so they instead discussed the path to voting out Kelley.

8:41 p.m. – Knowing that Wendy would remain loyal to him, David started hatching his plan to get enough votes to take out Kelley instead. His option was to bring Chris in with himself, Rick and Wendy, but pleaded to Chris that he not tell Wardog or Lauren O’Connell. That put Chris in the middle of two competing parties, but also pitted him against one of the people he felt closest to: Wardog.

8:43 p.m. – Wardog, however, decided that he trusts Kelley more than he trusts Chris and so got the gears going to blindside Chris instead. But for them to do it they needed a fourth vote and so Wardog approached Rick! In that scenario, Rick became the man in the middle, not Chris, but Rick said that he’d have to talk to David about it if he does it. And so Rick went to David, which made it clear that Chris broke David’s trust and did tell Wardog. That didn’t sit well with David and so he joined Rick in the middle between voting out Kelley or Chris, taking Wendy off the table completely!

8:50 p.m. – At Tribal Council, the tribe had to confess to Jeff Probst that they not only have an injured player and lost their third immunity, but also lost their flint and argued about chickens all day at camp. The conversation made it seem like once again Wendy was on the chopping block, but underneath it all it was still Chris vs. Kelley, but Chris has no idea. David was the first member to say that at this point on their tribe ability at challenges was irrelevant and so the vote tonight was going to be based more on social game. The comment surprised both Wardog and Kelley, but was music to Wendy’s ears.

8:55 p.m. – After voting Jeff asked if anyone wanted to play an idol (Lauren is the only member with one) and no one spoke up so he read the votes: Kelley, Chris, Kelley, Chris, Chris, Chris… wow. Blindside (but mostly uneventful). That left Lauren and Kelley on the outs, but Wardog gave Lauren a wink to suggest that she shouldn’t count herself out.

8:56 p.m. – After tribal, Chris made the easy decision to get in the boat and head to Extinction Island. Obviously! He’ll probably stay there a fairly long time. Right?

Here are the answers to Gold Derby’s contest questions for “Survivor” Season 38, Episode 3:

Who will be voted out at tribal council? Chris Underwood

Who will win Reward? Manu

Who will win Immunity? Kama