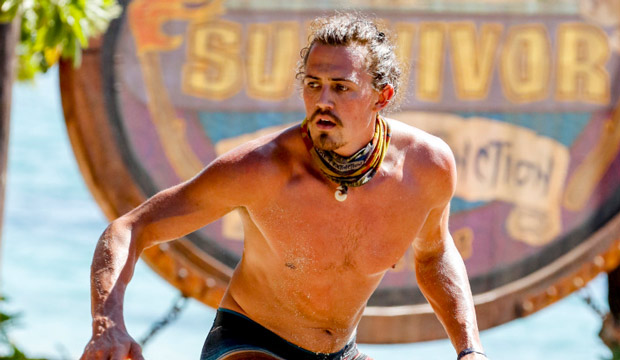 To paraphrase a quote from “Animal House,” strong, handsome and charismatic is no way to go through “Survivor.”  Joe Anglim, one of four returning players competing on Season 38, seems to have a charmed life — perhaps even super powers — except for when it comes to actually winning “Survivor.” In his previous appearances on two back-to-back seasons, 2014’s Survivor: “World’s Apart” and 2015’s “Survivor: Cambodia,” whatever tribe he is on will use his prowess at challenges and innate knowledge of camp life until the merge. Then they kick him to the curb and say,”Sayonara!”

It is hard to feel bad for someone who seems to glide his way through life, especially when playing “Survivor.” The first day at the Kama camp, he seemed to make fire appear just out of thin air even before a flint was provided. Since that time, his tribe has lost only one of eight challenges mostly because of his physical strength and smarts when it comes to puzzles. At one point, he turned himself into a human ladder to allow his team mates to climb over a sloping net while those on other tribes followed his lead.

So on the fifth episode this week, a super-sized two-hour edition, Joe was allowed to take a break from all that winning and pour his heart out to the camera. John Milton made English majors weep with his “Samson Agonistes” and this similarly tress-blessed castaway had his version of  “Joey Agonistes.” “It’s pretty obvious that I’m a big threat and I’m a challenge beast.” No brag there, just fact.”It sucks. It’s really difficult to shake that stigma.”

So what does he do next? He dives into the ocean like a merman and spears fish for his ungrateful tribe mates.

He did, however, get a wake-up call when he saw that fellow returnee Aubry Bracco, someone he connected to previously, was voted off by the Manu tribe.  “It’s really hard when you want to come back and play this game that you love so badly. But you also know that you are at a disadvantage as soon as you hit the mat. You have no where to hide. You’ve got no one to rely on.” Soon he is wiping tears away with his buff.

At least Joe made the effort to engage with his fellow Kama mate Julia Carter, a medical student  who has gotten very little air time so far, to woo her into supporting him as someone who is also good at challenges. “We have to be careful,” he tells her.”There are targets on us.” He then goes into bonding mode complete with flattery, describing her as a “beautiful and smart med student” and “a killer in challenges.” He tells her, “We have to stick together. We’ll go far.” True enough, but then the next thing they do is kill it in the next challenge together.

What do you think? Take our poll and then express how you feel about “Joey Amazing” and his so-called dicey situation in the comments section. 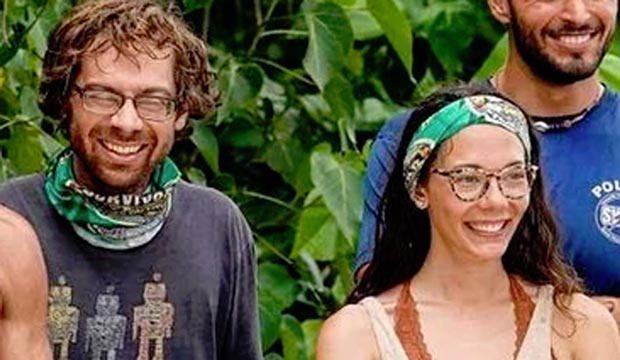