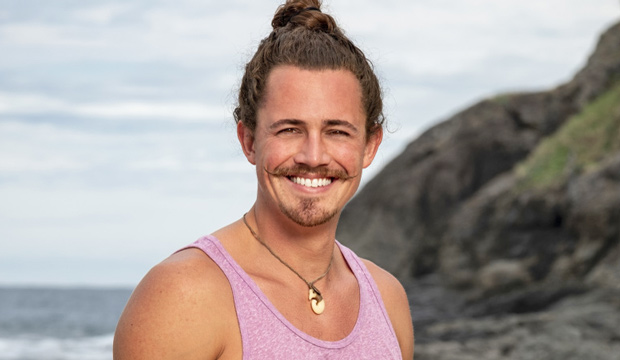 He is handsome. He is charming. He possesses immense strength and agility. If someone wanted to build a perfect “Survivor” contestant, he just might come out looking and acting like Joe Anglim. He has a social game, he is a self-described “challenge beast”  and he has been on the reality show three times.  Watching this 29-year-old multimedia artist who is based in Utah is just darn good TV.

But there is just one drawback to being “Amazing Joey.”  Once the merge happens each season and there are no more group challenges, including last week on “Edge of Extinction,” he transforms into a liability for the other players and himself. Correct me if I am wrong, but he has never even looked for an immunity idol as insurance when every man and woman is out to keep themselves in the game. It’s Joe himself who wants to be an idol and that isn’t enough to get through to the end. He can’t close the deal.

SEECan you believe that ‘Survivor’ wants us to feel sorry for Joe Anglim?

Basically, the guy doesn’t know when to step off his pedestal and take in the bigger picture. Yes, “Amazing Joey” broke down and confessed he knew he had a major target on his back on the previous episode. But he did nothing to protect himself last week. In fact, he did just about everything he could to convince his fellow competitors to blindside him as they voted him off.

What did he do wrong? So much, according to our poll of “Survivor” fans. A full 40% thought his dumbest move was to start painting a merge flag after losing the challenge instead of reaching out to his fellow players and strategizing with others. An artist has to art, but Joe could have waited until he was safe.

And 26% thought it was stupid that he didn’t even try to find an idol after he came in a shocking third in the immunity challenge. Samson lost his hair, Joe lost his balance and his super powers failed him – 17% thought that was his biggest downfall. Another wrong move? Simply brushing off fellow Kama member Ron Clark when he asked who he wanted to vote off, according to 17% of fans. Ron, of course, would be the mastermind behind off his demise.

If there is any good news, fan-favorite Joe might just rise from the ashes just like that phoenix he was so diligently painting as he joins fellow castoffs Reem Daly, Chris Underwood and Aubry Bracco on that purgatorial second-chance outpost this week.