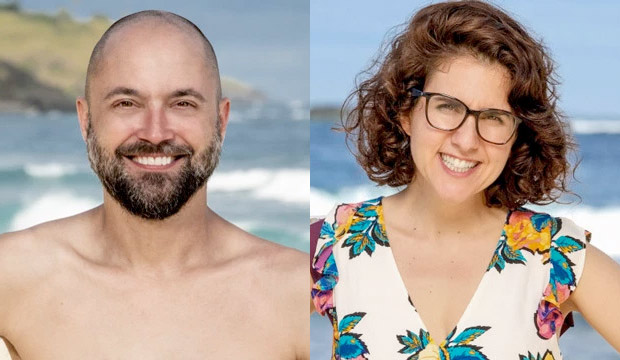 Was I wrong in last week’s power rankings when I put all four of the veterans at the bottom? In the first few episodes of “Survivor: Edge of Extinction” the narrative was building among the new castaways that none of them wanted to see one of the returnees Kelley Wentworth, Aubry Bracco, David Wright or Joe Anglim near the finals, but after Episode 3 it’s already time we consider the possibility that one of the four might actually crush the newbie dreams.

Below I update our weekly power rankings to reflect the fact that after three tribals, somehow, all four vets are still alive and kicking in the game. I also take into account that next week is the tribe switch, meaning anything could happen once initial alliances are stretched thin and pulled apart. What do you think of my assessment? Tell me how wrong I am in the comments!

SEEAre older women at a disadvantage on ‘Survivor’? We investigate

David and Aubry are deserving of their significant jumps in the rankings for completely different reasons. While Aubry is essentially lucky her tribe won the first three immunities–she was, quite literally, the only name being thrown out there as a possible elimination–she put in the work this week and added to her “Survivor” legacy by finding her first ever hidden immunity idol. We can assume, given her vast experience, that Aubry will play the idol intelligently and use it to make another deep run in the game. It would be a shame if the tribe switch doesn’t fall in her favor and she has to use it sooner rather than later, but the break up of the formidable Kama tribe that was almost unanimously prepared to vote her out is nothing but good news for her.

David, on the other hand, has had to work very hard at Manu to manipulate the game in his favor. This week he wasn’t able to pull the trigger on his biggest target, Kelley, but he luck into a situation where Chris, someone he thought he could trust but ultimately couldn’t, was voted out instead. David’s relationship with Rick continues to evolve and after seeing them work together, rather than against each other like Chris and Wardog did, I have confidence that they’ll remain close allies as long as they can. David is thinking about the game from all angles and has his eyes focused on the end. HOW are the newbies letting him slip under the radar?!

These were my top 4 ranked players last week, but it’s hard to justify keeping them there when they were barely present in episode 3. Granted, for the three Kama players who have yet to visit tribal council, there isn’t going to be much for editors to use when they have no strategizing to do at camp. I maintain, however, that we didn’t see Gavin and Eric form an alliance on day 1 for no reason and Julie narrating the women-need-to-find-idols right before Lauren finds the Manu idol storyline wasn’t an accident. These four are getting late-game edits–now, whether or not they’re winning edits remains to be seen.

SEE‘Survivor’ video recap: ‘We got to see more of Extinction Island’ in episode 3, and ‘it’s not a good place to be’ [WATCH]

Wardog and Rick had different approaches to the most recent Manu vote, but both ultimately made pretty smart decisions for their own games. Rick was not as closely aligned with Chris as Wardog was so it had to have been a much easier vote for him to make, but I’m most impressed by the way he and David worked through their options together and without turning on each other. It’s an interesting dynamic for Rick because I think he’s falling in the middle of what will become a David vs. Wardog scenario at some point. Wardog’s closest ally was Chris, I thought, but switching the vote against him was smart because Kelley, as a threatening vet, is a much thicker shield for Wardog than Chris, as just another athletic male, was. Wardog can continue to feed into the anti-vet mentality against Kelley (when he needs to), but would have had a tougher time convincing everyone that Chris is a bigger threat than he is.

The Kama players are tough to rank because we’ve seen so little of how their individual strategies are going to play out. Victoria gave us some useful information this week though–her, Julia, Ron, Julie, Eric and Gavin are/were all aligned together against Joe, Aubry and Aurora. Obviously that six person super alliance is going to be divided in the tribe switch, but a decent chunk of them should be resettled into new comfortable positions, right? Julia, Ron and Aurora have had nearly invisible edits so far this season, especially as far as narration is concerned, so I expect them to be the least impactful players going foward. Joe is the biggest vet threat in the game, even if he’s expertly downplaying his physical prowess so far.

SEEChris Underwood (‘Survivor’ 38) exit interview: ‘I’m coming back for you,’ he warns after arriving at Extinction Island

It’s actually iconic that both of these women survived another tribal council at Manu! Kelley has received votes at all three tribals and despite being a vet has still managed to comfortably escape elimination with very little work to do on her own. As for Wendy, let’s count the cardinal “Survivor” sins she’s already broken: 1) remained vocally loyal to the obvious first boot, 2) leaned in to the “it’s me or her” narrative with Kelley, 3) sustained an injury, 4) whined about the chickens, 5) stole the tribe’s flint. I mean … what more does this girl have to do to get eliminated?! It’s almost hilarious that both Kelley and Wendy are on opposite alliances when neither of them are doing much in the way of saving themselves, other than just hoping that the rest of the group doesn’t write their names down. At this point, neither is getting a winner’s edit–instead it’s like Kelley = villain edit, Wendy = outcast edit–so if you ask me they’re both just on borrowed time.

Reem and Keith will probably be shocked by the arrival of Chris on their island, but it also might trigger the realization in either or both of them that their own chances of getting off the island and back into the game decrease significantly with every new addition. Chris will be just as much of a threat on Extinction Island as he was in the game, assuming that the way to get back into the game will be a challenge of some sort. Reem and Keith have already shown signs of wanting to quit so, really, it’s only a matter of time until they do… right?

Watch our lively chats with 2020 Emmy contenders Betty Gilpin (“GLOW”) and Jeremy Strong (“Succession”) plus over 150 more, including some of these recent interviews …

'The Masked Singer': Bow Wow says 'it's weird' to not wear his Frog mask now that the show's over…

Arie Luyendyk Jr. says 'Bachelor' stars are 'set up to fail': 'They're not really thinking about the…

'Top Chef: Last Chance Kitchen' finale: Who (if anyone) fought their way back into the competition…

'Top Chef' recap: Which of the 6 All-Stars earned a gold medal in 'Colossal Coliseum Kaiseki'…