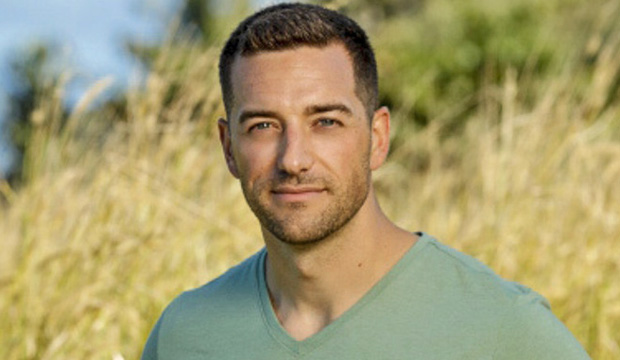 In last week’s power rankings I hypothesized whether my early assessment that the four vets Kelley Wentworth, Aubry Bracco, David Wright or Joe Anglim were S.O.L. this season was misguided. But after the lop-sided tribe swap in episode 4 I’m even more sure that the vets are, well, almost certainly doomed. The swap — one of the most effectively useless since “All Stars” thirty seasons ago — resulted in every player except for one (chicken whisperer Wendy Diaz) being on the same tribe as people they were with previously. The mix up, if we can even call it that, tilts the scales back in favor of all the newbies, but especially the ones that already held the most power at the original Kama camp, Eric Hafemann and Ron Clark.

Below I update our weekly power rankings to reflect how both Eric and Ron fall into major power positions as the leaders of their new tribes. As I see it, they sit at the top of a game dominated by the nine original Kama members, all of whom have yet to visit tribal council after four episodes. At the bottom are the five remaining original Manu players who just can’t seem to catch a break. What do you think of my assessment? Tell me how wrong I am in the comments!

This alliance of six original Kama members is somehow the strongest connected group of players in the game despite having not even tested their loyalty at a tribal council yet. The biggest sign that they’ll likely stick together even after the tribal swap that saw them split evenly in half is that Ron was able to deceive Joe into believing that he’d work with him and Aurora while he secretly had Julia diving through Joe’s personal belongings to look for evidence of a hidden idol. Assuming Ron/Julia/Julie stick together at Kama and Eric/Gavin/Victoria stick together at Manu, both halves of this alliance are safe in the event they lose immunity twice. The only potential hurdle for the players at Manu is that one of their targets, Aubry, has a hidden idol they don’t know about and she can be an awfully smart player.

Because the bad luck of original Manu persists, it’s hard to not place original Kama members Joe, Aubry and Aurora ahead of them. Now, I don’t think any of these three players has a chance at winning, nor do I think they hold any significant power within their new tribes, but they do benefit, on some level, from their ties to a tribe that will undoubtedly go into the merge with better numbers. Unfortunately for both Joe and Aubry, no one seems to want to allow either of them to get very far in the game. Why Aurora is clinging to them then is beyond me, but there’s really no way of knowing why since she’s barely been seen or heard on the show yet.

The only player among the original Manu members that I think is currently in a “safe” position is Wardog. I use “safe” in quotations because I do think ultimately this tribe is doomed and will have little chance of upsetting the Kama numbers once the merge hits. That being said, Wardog has been great at playing the middle between the competing factions at Manu–David/Rick and Kelley/Lauren. In that last episode he chose to side with the girls to oust Rick, but he’s always had his eyes set on getting Kelley out so I think he might actually flip on her the next chance he gets. That puts Lauren in a vulnerable position, but she went with her gut and saved her immunity idol even when she knew she’d be getting votes so I’m gonna give her some deserved credit and say she’s a better player than her position might suggest.

As for David and Kelley, while they’ve shown a lot of skill in maneuvering around a group of players that originally wanted to get the vets out they’re quickly running out of places to hide. Their own battle against each other will come to a head the next time Lesu goes to tribal and unfortunately I think David will finally get his chance to send Kelley to Extinction Island. And Wendy may have actually done David a favor this week when she spilled the means to original Kama members that he and Kelley were definitely not working together. I think the biggest fear among the newbies is that the vets will work to save each other, but Wendy has made it clear that’s not the case with David, creating an opportunity for him to slip in with some of the Kama members once they need help turning on one another once the individual game begins. Wendy continues to find a way to dig her hole much deeper so I’m gonna leave her where she belongs–at the bottom.

SEERick Devens (‘Survivor’ 38) exit interview: Extinction Island is ‘gonna be wild’ because ‘these people hate me’

Not much was happening at Extinction Island after the first few weeks, but boy oh boy as more Manu members wash up there it’s going to be great seeing Reem and Keith seethe with revenge. Luckily for Chris he was able to win the two over by catching some fish–a scene that actually devoted a lot of time building a personal-story-arc for Chris that hints he may go very deep into the game. It will be interesting to see how Chris greets Rick since Rick was an instrumental swing vote that sent Chris out instead of Kelley. Like I do with Chris, I have a ton of faith in Rick’s ability to remain at Extinction Island as long as it takes to get back in the game. As for Reem and Keith, I honestly am just waiting to see which of them raises the surrender mast first.