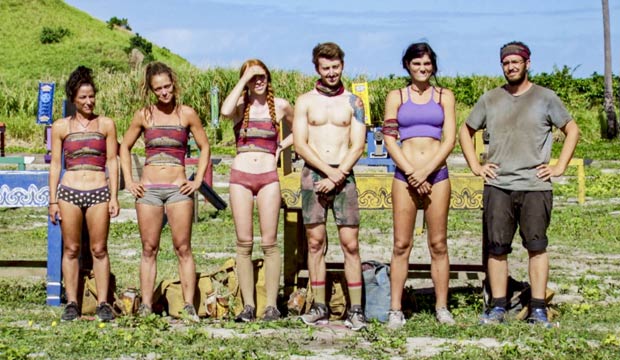 Only two episodes remain of “Survivor: Edge of Extinction,” and there are still 16 people who could win the game. That is thanks to the Extinction Island twist, with 10 players voted out hoping to win a spot back in. Setting that group aside, the six remaining active players in the game have all had fascinating journeys up to this point. While some are shown in the edit much more than others, there is still potential for each of them to win that $1 million check and the title of Sole Survivor.

Below is a ranking of the six players left in the active game in order of who has the most viable winner’s edit, taking into account screen time, confessionals, whether they are the hero or the villain, and other X-factors.

No. 1 with a bullet has to be Rick Devens, who has gotten to this point in the game through twists and advantages. He was voted out on Day 12 but battled his way back into the game and is always talked about as the biggest threat, considering his penchant for finding idols and advantages. He has had a consistently strong presence throughout the season and all he needs to do is win a few more challenges to get to the Final 3. Based on the reactions from the jury last week, many jurors are on his side and would likely vote for him in the end so as long as he’s not taken out in these next few votes, he is the most likely winner.

Looking beyond Rick, there are a few possible alternatives including Lauren, who has at least gotten to share her personal story, unlike some others below. Lauren’s story was defined by her relationship to Kelley Wentworth but now that she is on her own, she is proving to be a savvy strategist, helping to orchestrate Ron Clark‘s ouster. Like Rick, Lauren has a sympathetic story of being on a losing tribe for much of the pre-merge but sticking it out all the way to the end. Depending on who she is sitting next to and how she got there, Lauren could easily make a case for herself to the jury.

Victoria all but disappeared through most of the post-merge after being shown pretty regularly in the pre-merge. She has had no issue blindsiding the Kama people she started the game with, including Ron just last week. Unlike Rick and Lauren, Victoria may run into trouble with the jury because her moves were more subtle, and this is an era that frequently rewards flashy players who make big moves. That subtlety has clearly made it difficult for the editors to truly showcase her. Still, she has shown great acumen for the game and could easily make her way to final Tribal Council.

Julie has been someone to keep an eye on from the beginning, but her chances of winning fall with each passing episode. While we have gotten her perspective on the game in most episodes, the combination of being openly emotional and called a villain, as she was in the last episode by Rick, is typically a death knell, especially for older women. From the beginning, we have not seen Julie bonding much with her tribemates outside of Ron, who was just voted out. People don’t seem to regard her as a threat and she may be taken to the Final 3 for that reason. We simply haven’t seen evidence that she can win over a jury, but at least she has a good chance of making it there and pleading her case.

Despite being second to last here, there is still a scenario where Gavin can win this. It would be highly unusual considering how small his edit has been all season, particularly for a likable young superfan, but he’s not out of the running yet. Unfortunately, he seems fated to go out soon as too big of a jury threat, like other young guys in past seasons. Last week was a great episode for Gavin, with highly sympathetic content involving his wife. There is still a glimmer of hope, but his edit overall is so spotty and it doesn’t feel like this is a winner’s story.

At last, we come to Aurora, who has been in this bottom position since the merge. Credit to her for sticking around despite her castmates wanting her out at multiple times. Aurora can certainly tout her Immunity wins and general scrappiness if she makes it to final Tribal Council but from what we’ve seen in the edit, she isn’t exactly the most liked person out there. It doesn’t seem likely that she will win a jury vote and she was virtually invisible in the pre-merge, so an Aurora win just doesn’t seem in the cards.