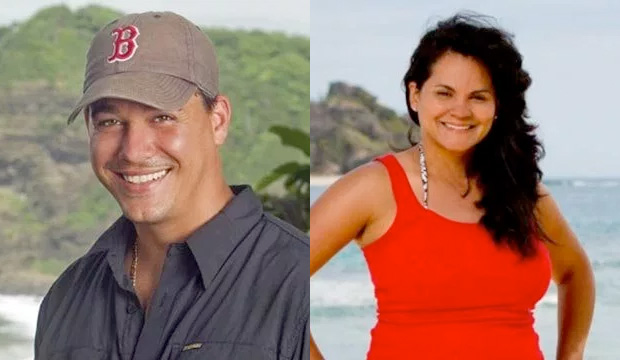 As Season 38 of “Survivor: Edge of Extinction” comes to a close this Wednesday with a three-hour finale, it continues to deliver innovations — some good, some not so good — to CBS’  venerable reality show’s format.  I still have mixed feelings about having a horde of eliminated players crawling around Extinction Island like Gollum from “The Lord of the Rings.” Reem Daly, the first voted-out contestant, is like a cranky Greek sea creature, barking out her displeasure as those who banished her arrive one by one.

And if I never see another “Survivor” cast-off standing before those three signs explaining their Extinction options and then basically saying, “Heck yeah, I’m going,” before grabbing that lit torch, I won’t miss it. Considering that only two contestants, Wendy Diaz and Keith Sowell, have actually left the game, that means the will be a record 13 jury members determining the fates of the final three contestants vying for the title of Sole Survivor.

On the plus side, the Extinction twists did allow player Rick Devens to come back after being voted off and pretty much dominate the game by winning immunity challenges, finding idols and keeping up his strategic and social games. And we get to see which other Extinction dweller will be allowed back in the game on the final show.

But buzz is already building for Season 39, which has already been filmed and will air in a matter of months. There is already talk by Inside Survivor that it will be “The Island of Idols.” That might sound like an Easter egg hunt for immunity tchotchkes — and there has been fan speculation that there might be an extra idol hidden there. But it is expected to be a separate island like Extinction where contestants have a chance to seek advice from two of best “Survivor” winners ever —“Boston Rob” Mariano (above) and Sandra Diaz-Twine. It is possible that players will get to choose between being advised by the masters of the game or getting an idol clue.

SEE Rick Devens deserves to win ‘Survivor: Edge of Extinction,’ but the odds are stacked against him

Judging by the line-up of players that has already been leaked, it doesn’t seem the veterans will be allowed to get in the game themselves. Besides, this will be the fifth time Boston Rob will appear on the show, having won “Survivor: Redemption Island” in 2011 after competing three previous times — “Survivor: Marquesas,” Survivor: All-Stars” and “Survivor: Heroes vs. Villains.” Sandra, of course, is the self-proclaimed Queen of Survivor after becoming the show’s only two-time champ after winning the first two seasons she appeared on, “Survivor: Pearl Island” in 2003 and “Survivor: Heroes vs. Villains” in 2010. She also came back for “Survivor: Game Changers,” when she was voted out sixth.

This will not be the first time “Survivor” provided coaching from a previous winner. “Survivor: Caramoan’s” John Cochran dropped in briefly on “Game Changers“ in 2017 during Debbie Wanner’s exile reward. The two-time player provided guidance and various advantages during his brief visit. Season 39 will likely provide a super-sized version of this type of mentoring.

What do you think of these possible new twists for Season 39? Please share your thoughts below.