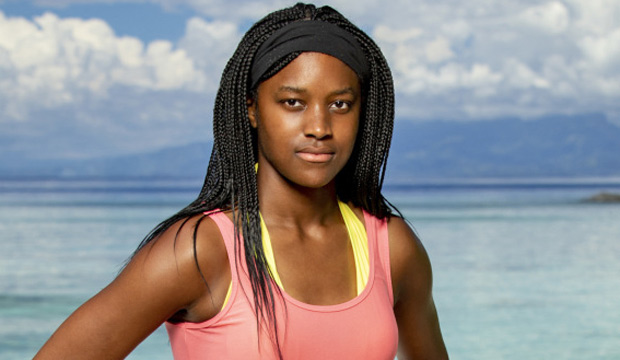 In our first power rankings of Season 39, the “Survivor: Island of the Idols” cast was dominated by the women and in this week’s update they’re still at top with only minor switches in placement. Missy Byrd and Chelsea Walker are leading a five woman alliance at Lairo while Janet Carbin and Lauren Beck join with the most powerful man in the game, Tommy Sheehan, for control at Vokai. In that previous ranking we correctly deemed Vince Moua as one of the more vulnerable players prior to his boot in episode 3, knowing he was on the outside of the female alliance that sacrificed him in order to maintain their power in the gender balance.

Meanwhile at the bottom of the game, Jamal Shipman and Dan Spilo are at odds over who is playing the game harder with both men carrying a huge target on their backs at Vokai. Unlike the men of Vokai, the men of Lairo are at least working together, but immunity wins and a tribe swap are probably the only things keeping them afloat in the coming weeks.

Who do you think is in control of each tribe and of the game overall? Do you agree with me? Read my thoughts on the 17 remaining players below and then share yours in the comments.

The Lairo women were successful in their efforts to keep their grip on the power at their beach, expertly manipulating Vince into feeling safe with them and then mercilessly sacrificing him to maintain a leg up on the guys. Now they have a 5-3 advantage in numbers and technically could sacrifice Karishma and still stay in control. That however would not be a smart move knowing that a tribe swap is incoming. In a swap situation the Lairo women will want to keep their numbers strong so that if they’re split they’ll have more numbers to spread around, and in the event that the swap does not fall in their favor then Karishma is a prime candidate for a “weak player” boot at that time, securing safety for the other four women. There’s also the chance that Karishma’s fears about being on the outside of this group aren’t founded in truth and that they do want to keep her around as long as possible. I’ve still got my eye on the Missy/Aaron connection though–I think her pulling him in for a 2-person alliance was a smart move and will play out at some point down the road.

At Vokai I’ve decided to switch up where I think the real power lays. After the second episode Lauren had made a pretty good case for being an important player here, but now it looks like Tommy and Janet are truly in the center of things and will determine which way the winds blow. Tommy has a really strong edit playing out on screen, garnering “look at me, I’m doing the strategy” scenes even when what he’s discussing doesn’t play out within the episode. That’s a huge editing tell because it suggests that down the line we as an audience need a foundation for understanding how and why he made it so far. That he talks to Janet the most makes me think she’ll play out as his goat and Lauren may or may not be a part of that, too. Jason seems to have found a comfortable spot coasting for now while Noura and Kellee, both part of the alliance, are facing their own troubles ahead–Noura continues to annoy everyone at camp and Kellee’s Island of the Idols lie could catch up with her when a new Vokai player ventures there this week.

SEE ‘Survivor’: 4 pros and cons of ‘Island of the Idols’ season 39 premiere — will it be a series best?

Things are not looking up for the guys at Lairo–they’re best hope being that the tribe avoids tribal council this week and will benefit from a tribe swap the following week. In a tribe swap scenario Aaron and Dean could be looking really good as physical assets for challenges while Tom could suffer there. Tom, however, has connections with the Lairo women that, say, Dean does not so without a swap in his favor I’d say Dean is the most vulnerable among this group.

And at Vokai the men are all over the place, mostly because they’re already showing signs that getting rid of each other is their top priority. Last week we saw Jamal’s attitude turn toward revenge once he realized that he’d been left out of the loop at the tribe’s first elimination. I think he’ll stick solid with Jack, also left out of the loop, and he’s got his target set on Dan’s back. Jamal thinks Dan plays like an “icky salesman” (true!), but he didn’t have enough cache in his favor to convince Tommy and Janet of that. So now Tommy and Janet have Jamal in their own crosshairs. I give credit to Jamal here though for at least playing the game and not laying down his weapons at the first sign of trouble–he’s ready to fight and work hard to get himself into a position of power. I think a swap could be the catalyst he needs to reignite his game.