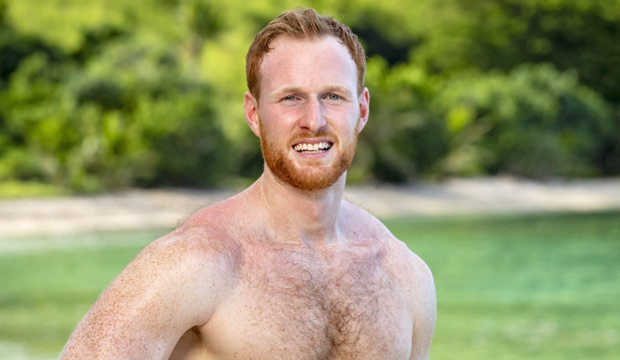 We really need to discuss the Lairo female alliance. Prior to episode 4, we were calling Missy Byrd and Chelsea Walker the two most powerful players in the game. Now, as we look forward to episode 5, Chelsea’s been eliminated and Missy plummets to the bottom of these updated power rankings. What happened? To keep it short: Missy made a horrible decision that marks the beginning of the end for the Lairo women’s reign.

In their absence, I raise Tommy Sheehan and the men of Vokai to the top along with that tribe’s most promising female, Kellee Kim. As a tribe, Vokai now heads into the tribe swap with a 9 to 7 numbers advantage and two of its members (Kellee and Jamal Shipman) have hidden immunity idols. Because of Missy’s blunder, Lairo is now more split than ever–Dean Kowalski was blindsided by his entire tribe and lost his budding showmance, Karishma Patel is still on the outside looking in, and Elaine Stott and Elizabeth Beisel have lost trust in Missy’s leadership.

Below I discuss Missy’s bad move in depth and do my best to fill the void at the top with players we haven’t seen much of. Do you agree with my updated rankings? Check them out.

Despite winning two of the first three immunity challenges I didn’t have much faith that this season’s winner would come from the original Vokai tribe, but now with three of the first four under their belt ahead of next week’s tribe swap I can no longer deny their strength. At the top of that bunch I’ve got Tommy who continues to get a favorable edit and appears to be in a good position with most of the players on his tribe. As a physical asset he should be well placed on any new tribe he’s swapped to, as should Jason who had a remarkable showing as the caller in the most recent immunity challenge. Then there’s Kellee and Jamal who both have hidden immunity idols now–though Kellee’s can only be used temporarily I like that she managed to dodge a huge bullet with her lie about what Island of the Idols entails. And Jamal just continues to stay focused on his own intentions and grabbing that idol without anyone knowing is going to support him in that cause.

At the mercy of a strong female alliance for their first two tribal councils, the men of Lairo and Karishma were struggling to get a grip on any sort of power in the game. But as the tribe swap approaches all of them easily move from the bottom to the top for two different reasons. For the men, strength is going to be key. Aaron, Dean and Tom will all be assets to their new tribes in challenges and everyone will be turning their eye toward the weak players in order to ensure their own spots at the merge. For Karishma she has the benefit of entering the swap as a free agent, and we already know from episodes past that she’s ready to turn on Lairo the first chance she gets. With numbers tight on a new tribe she’ll be looking to add to Vokai’s numbers in order to vote a Lairo player out and I wouldn’t be surprised to see the Lairo women at the top of her hit list.

SEE ‘Survivor’: 4 pros and cons of ‘Island of the Idols’ season 39 premiere — will it be a series best?

While the rest of Vokai jumped in my rankings, these members were harder to position leading me to drop some of them and raise the others. I raised Jack and Dan because they’ve got the support of original Vokai through the numbers advantage and shouldn’t be immediate targets of any Lairo members they’re swapped with. Lauren, Janet and Noura are much more vulnerable in the swap because they aren’t as obviously helpful in physical challenges and in a swap that’s where everyone’s head goes. As such I’ve got them all chilling in the middle of the pack, likely safe for at least one more week, but unlikely to be the power players making decisions at the next tribal council.

Now to the big story: the downfall of the Lairo women. Look, ahead of their most recent tribal council these three players had a number of directions they could go with their vote. The first idea was Missy’s and it was a great one: vote out Dean which would (1) keep the female alliance in tact and give them a 5-2 advantage, (2) severe the worrying bond between Dean and Chelsea, pulling Chelsea closer to the female alliance and (3) severe the bond between Dean and Aaron, pulling Aaron closer to Missy. Elizabeth and Elaine’s mistake was not going along with this plan and instead insisting that Dean stay and Karishma remain the target. It was dumb of Elizabeth and Elaine to want to decrease the female numbers just because they think Karishma is lazy around camp. It was dumb of Elizabeth and Elaine to want to protect Dean who neither of them had a working relationship with. But still they pushed back on the Dean vote and instead offered up Karishma. So with Karishma on the table Missy had to decide whether she could sacrifice her, believing her to be a “second vote” that would always vote the way Missy wanted her to. I see the value in Missy wanting to have someone she could string along, but wasn’t Chelsea also that kind of ally? Why then did she throw out Chelsea’s name as the option? And why did Elizabeth and Elaine go along with it against their better judgment? As we heard in tribal council, it was the last idea thrown out there and so everyone just went along with it. UGH! So the female alliance was shattered, Missy destroyed the trust Elizabeth and Elaine had in her as a leader, Karishma still feels like she’s on the outs and now Dean has no reason to trust anyone at Lairo, including Aaron and Tom. If that isn’t a recipe for a disaster at the swap then, gosh, I don’t know what is.