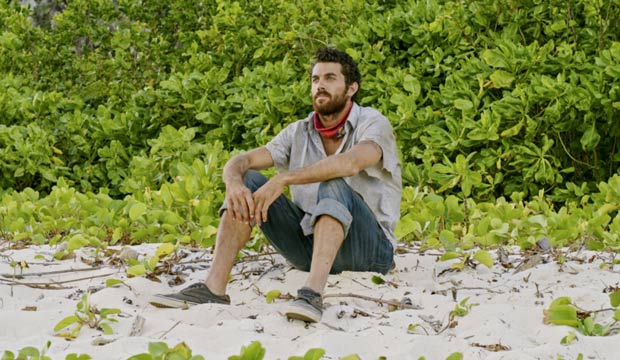 With the dust now settled on “Survivor: Edge of Extinction,” it’s time to assess where Season 38 fits into the legacy of the long-running reality series. The Extinction Island twist was divisive from the start and those who didn’t care for it were enraged to see Chris Underwood, booted on Day 8, return a month later and win after having barely played the active game. Others liked how Extinction Island offered a second chance to players like Rick Devens, who certainly made the most of his return to the game. Vote in the poll below for where “Survivor: Edge of Extinction” places in your overall season rankings.

There was a uniqueness to this season that will surely make it stand out in an era where seasons look and feel very similar. Almost every episode featured a segment or two on the Edge of Extinction, where we got to see booted players reflect on where they went wrong in the game. This also gave us the opportunity to experience the hilarious bluntness that is first boot Reem Daly, who had no problem speaking her mind about each new castoff that joined her on Extinction Island. Without Extinction Island, Reem would just be another first boot forgotten by the end of the season, but all things considered, she ended up being one of the best characters of the season.

As we’ve seen with previous “Survivor” seasons that mixed returning and new players, there was quite a bit of focus on the returnees at the start of the game. Joe Anglim, Aubry Bracco, Kelley Wentworth and David Wright all came into the season with big fanbases and while Joe and Aubry started the game strong, winning challenge after challenge, they were swiftly voted out at the first Tribal Councils they attended. Kelley and David had a rough start, going to all but one Tribal Council in the pre-merge, but they formed tight bonds that got them to the mid-jury stage of the game. After all four returnees were voted out, focus swiftly shifted to Rick and his idol antics. With a big personality and a penchant for finding hidden immunity idols, Rick became a fan favorite as his tribemates tried desperately to get him out. While this turned him into a likable underdog for the audience, the amount of focus he received also shortchanged airtime for his competition, even those that made the Final 3 like Gavin Whitson and Julie Rosenberg.

SEE‘Survivor’ finale video recap: Winner Chris Underwood made ‘one of the best moves in all of reality TV’ [WATCH]

The post-merge was also dominated by players methodically voting out the biggest threats in the game. The tone was set early when the Kama alliance turned against Joe, and those who weren’t considered threats at the beginning rose to the top, voting out Eric Hafemann, Julia Carter, David Wright, Kelley Wentworth, Dan “Wardog” DaSilva and Ron Clark in succession. By the end, we were left with castaways like Gavin, Julie, Lauren O’Connell and Victoria Baamonde, who all played good games but were mostly under the radar, both in the game itself and on the edited show. Perhaps their lack of a strong edit was for a reason, as fans would be disappointed if they were invested in Gavin or Julie as players only to see them lose to a guy who was out of the active game for nine episodes. As much as Chris played a good game in his four-day return, the Extinction Island twist made it tough to call him a truly satisfying winner of the season.

So where do you rank “Survivor: Edge of Extinction” overall? Is it a bottom tier season? Top tier? Somewhere in the middle?