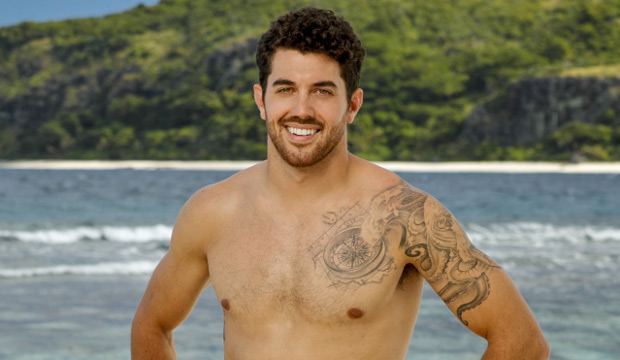 “Survivor” fans are mixed on whether Chris Underwood really deserved to win “Edge of Extinction” during the exciting May 15 finale. On the one hand, this 25-year-old salesman made one of the boldest game moves in reality TV history when he gave up his immunity necklace so that he could take on front-runner Rick Devens head-to-head in the fire-making challenge. On the other hand, he only played 13 of the 39 days since he spent most of his time on Extinction Island. According to our recent poll results, 65% of fans voted that Chris winning was “not fair,” compared to 35% who said he deserved to join the “Survivor” winners list because he “played an amazing game.”

The three-hour finale event began with a monumental battle between the 11 voted-out castaways competing for a second chance at the million dollar prize, with Chris narrowly prevailing over Joe Anglim. After winning his way back into the game, Chris made the most of his short time by cementing his bond with Rick, getting Lauren O’Connell to use her idol on him, correctly playing a hidden idol of his own, and winning the final immunity challenge.

Chris did the truly unthinkable by making it all the way to the final tribal council where the jury of 13 voted for him to win in a 9-4-0 vote over runner-up Gavin Whitson and third place finisher Julie Rosenberg. Heading into this final episode, Gold Derby readers predicted that Rick would win Season 38 with leading 24/25 racetrack odds, followed by Lauren at 31/10, Gavin at 13/2, Victoria Baamonde at 18/1, Joe at 48/1 and then Chris at 100/1.

SEEBehind-the-scenes of the ‘Survivor’ 38 finale: What you didn’t see or hear on TV

Here is just a small sampling of comments made by “Survivor” fans like you about Chris’ come-from-behind victory. Do you agree or disagree with our poll results? Be sure to sound off down in the comments section.

Judy: “Didn’t like this season’s show. Chris was not the ultimate ‘Survivor.’ Lost a viewer, it’s become a waste of time.”

Ronald McDearis: “I’m done with ‘Survivor.’ The producers have absolutely ruined the game with the dumbass efforts to manipulate the game.”

Mick: “I was rooting for Chris from day one. I think the problem people have is that they barely showed the players on the edge of Extinction the whole season. I think that was a brilliant move at the end because he knew he couldn’t beat Devin’s any other way. Bravo Chris.”

Mark: “The guy didn’t even play the real game. Maybe next year just put them all on an island for a month and do nothing. Very disappointing end to this season. Probably the final season I’ll be watching.”

Thomas Cozad: “Disappointing to let someone win who didn’t deserve to be there.”

Pam Kovacich: “Chris had 27 days with the jury, to form relationships with them. If they wanted him over Rick, they would have voted for him.”

Deb: “It did feel like a waste of time to have spent the season watching contestants survive through all sorts of challenges and then have Chris come out to win it all. Just a bad idea.”

Cameron Bedeau: “I was rooting for Chris. He’s a nice genuine guy who was crushed after being voted out and why have this twist if you’ve got no chance at winning anyway, so glad he proved them wrong. He took a huge risk going up against Devens and he deserved to win. Well done sexy.”