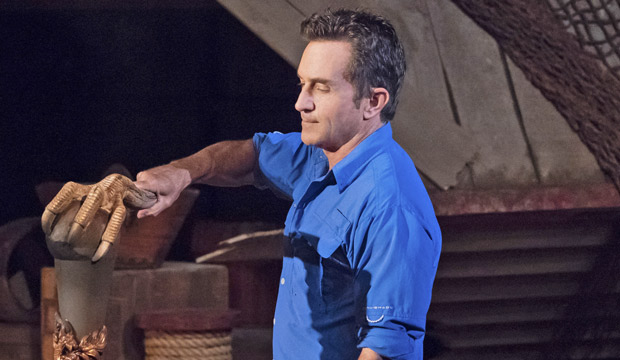 Over the past two decades of “Survivor” there have been nearly 40 winners who outwitted, outplayed and outlasted their fellow competitors to take home the $1 million prize. However, let’s not forget all those lovable losers that made a huge impact on the game (and our hearts) but came up short of actually winning. Click through our “Survivor” photo gallery above highlighting the 21 greatest castaways who didn’t win. Do you agree or disagree with our writer Tom O’Brien‘s choices?

SEECountdown to ‘Survivor: Island of the Idols’: Season 39 with Rob and Sandra premieres sooner than you think

The newest addition to our list is Wendy Diaz of “Survivor: Edge of Extinction.” This quirky Los Angeles resident stood out for the way she never let her her Tourette syndrome get in the way of her game play. While “Big Wendy” rubbed several of her castaways the wrong way for her constant positive attitude, that’s exactly what endeared her to America. Wendy’s claim to fame was setting loose the chickens that her tribe had won at a reward challenge. After being voted out she went to Extinction Island where she soon raised the white mast to go home.

When it comes to some of the most memorable losers of all time, how could we forget folks like Russell Hantz and Cirie Fields? Russell wasn’t the least bit interested in getting along with the tribe — he burned his fellow tribemates’ socks and emptied their valued canteen water, all to create a sense of chaos at camp. Russell also had the uncanny knack of finding hidden immunity idols without a single clue. One would think that such a brilliant player would have easily won the million dollars at Final Tribal, but the “Survivor: Samoa” jury, peeved at how he outsmarted them, awarded the title of Sole Survivor to a much lesser player in one of the great injustices in the show’s history. Russell later returned two more times, in “Survivor: Heroes vs. Villains” and “Survivor: Redemption Island.”

If you took a poll of the most beloved “Survivor” players ever, the winner would have to be Cirie. When she first described herself in “Survivor: Panama” as a “couch potato” who had no camping experience, we thought “Girl, you’re gone.” Were we ever wrong. Though not a physical threat, Cirie had arguably the best social game of any contestant in “Survivor” history, with tribemates wanting to align with her. Luckily, Cirie had the strategic sense to use those alliances to advance herself in the game, and she did it every step of the way, finishing fourth in “Panama” after losing a fire-making challenge. She returned in “Survivor: Micronesia,” “Survivor: Heroes vs. Villains” and “Survivor: Game Changers,” but has yet to win.

The wait is almost over for the 39th season, “Survivor: Island of the Idols,” which premieres Wednesday, September 25 on CBS. This season will change up the game yet again by bringing back two former winners — “Boston” Rob Mariano and Sandra Diaz-Twine — to act as mentors for the brand new castaways. While Rob and Sandra won’t be eligible for the $1 million prize, they will have an influence on the ultimate winner as their advice could end up either making or breaking the newbies’ games.