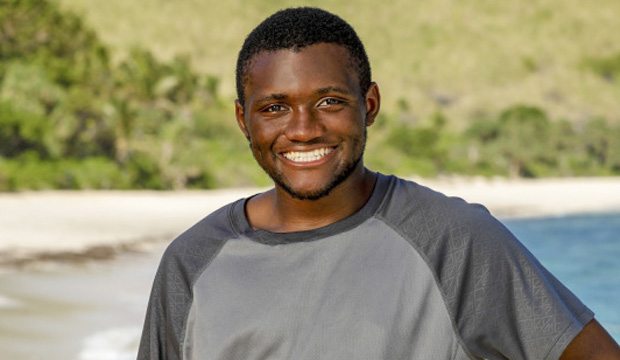 Last week’s “Survivor: Edge of Extinction” episode ended with a shocking cliffhanger as Keith Sowell failed to make a decision about what path to take after he was voted out of his tribe. Viewers have been voting all week for what they think he’ll decide, and the votes are in: 33% say Keith will quit the game while 67% believe Keith will visit Edge of Extinction. Do YOU agree or disagree with these poll results? Sound off down in the comments section.

SEE‘Survivor’ deleted scene: Gavin has a death wish against Joe’s man-bun — ‘I’m gonna suck out all of its power’ [WATCH]

The big twist for this 38th season of “Survivor” is that everyone who’s voted out will get the option to return to the game at a later date, as long as they survive the elements at Extinction Island. So far two people have been eliminated at tribal council: Reem Daly in Episode 1 and Keith in Episode 2. Reem chose to try her luck on the island while Keith’s decision was not shown.

Keith shouted “Dang!” when he was presented with the ominous sign post that told him he had “a decision to make.” His two options were: “If you want a chance to get back in the game, take the torch and get in the boat,” and, “If you do not want to play anymore, follow this path and your adventure will end.” Keith struggled to make his decision, then started asking God for help as the episode cut to black.

SEEAre older women at a disadvantage on ‘Survivor’? We investigate

We’ll all find out what Keith chose to do during the third episode on Wednesday, March 6. Below, see a brief sampling of “Survivor” fans’ comments about Keith’s lack of a decision:

Boomtown: “The fact that he even has to think about it tells me that he doesn’t belong there.”

Pamela Norwood: “I agree. If he has to ponder on staying then he should go.”

Rose Marie Schaer-Wade: “If you’re hesitating for even a couple of seconds, let alone the amount of time Keith is, you don’t have the gumption to continue playing for the long run!”

J. Brooks: “I believe he’ll stay. Admittedly, takes too long to make the decision. Is this Redemption rehash?”

Rick: “It makes sense for him to be hesitating. If you know anything about CBS’s ‘Big Brother,’ if you’re brought back later in that season you cannot win; they voted you out for a reason.”