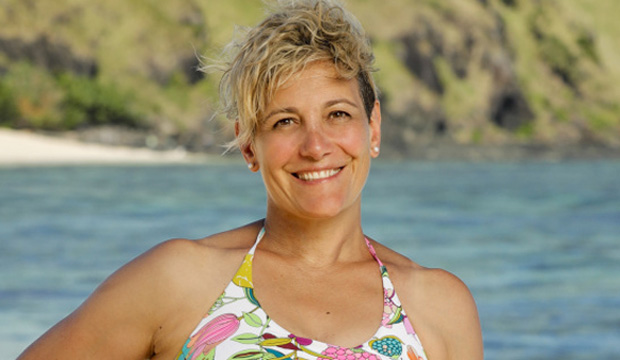 “Survivor: Edge of Extinction” castaway Reem Daly learned the hard way about the struggles of being an older woman on “Survivor.” The Season 38 premiere was a self-admitted “nightmare” for Reem as her tribe quickly targeted her for being a weak link, in addition to her assertive attitude, and she became the first person voted out of this season. Reem still has a chance of getting back into the game thanks to the extinction island twist, but it was still a rough turn of events for the 46-year-old sales rep from Virginia. While Reem’s ouster was in part due to a lack of fitting in with her tribe, it’s hard to not see her early difficulties as just another example of women of a certain age struggling on “Survivor,” going all the way back to the first season.

Sonja Christopher became “Survivor’s” first-ever castoff way back in the year 2000. At 63, Sonja was the oldest woman of the Tagi tribe, and she was deemed weakest when they were forced to go to Tribal Council. This “weak” label has been branded on older women all throughout the show’s history, often giving their tribemates an excuse for an easy early boot that won’t ruffle too many feathers. After all, “Survivor” is all about not putting a target on your back, and a weak challenge performance becomes a convenient excuse to boot someone. Older women are also often labeled “bossy” and become quick targets for voicing their opinions too strongly.

SEE‘Survivor: Edge of Extinction’ video recap: Sizing up Season 38’s new and returning players — which one is ‘like Superwoman’? [WATCH]

No matter what circumstances may cause their elimination from the game, the archetypical older woman (who, by “Survivor’s” unofficial definition, is 40 years old or above) is at a natural disadvantage. Considering how young most casts skew overall, older contestants can easily be singled out because of their age and targeted because of preconceived notions about stamina and strength. “Keeping the tribe strong,” a phrase often thrown around on the show during the pre-merge (when it is still a team-based competition), typically means keeping those with physical strength, which tends to be younger men. In the “Edge of Extinction” premiere, Reem called out “age discrimination” when she was still met with the idea that she wasn’t a strong player, even though she wasn’t even given much chance to show her abilities in the Immunity Challenge. In fact, she helped teach tribemate Keith Sowell how to swim, and the reaction from her tribemates was suspicion and an eventual boot off the island, even earning a vote from her young pupil.

Of course, in recent years we have seen the success of older women in getting to the end of the game. Players like Chrissy Hofbeck, Carolyn Rivera, Dawn Meehan, Missy Payne and Monica Culpepper have shown how mature women can get to that coveted Final 3 position. Yet, in all of those cases, the jury deemed them unworthy of the $1 million and the title of Sole Survivor. The reason for each loss is varied, but most of these contestants played a somewhat aggressive game. Not all were traditional motherly figures to their fellow tribemates, but there may have been feelings of resentment when women like Dawn, Missy, and Carolyn (whose nickname is literally Mama C) formed those maternal connections with people only to stab them in the back later. Even if they were responsible for some of the biggest moves of their respective seasons, they earned little to no respect from the jury when it came to voting on a winner.

SEEReem Daly (‘Survivor’ 38) exit interview: ‘No offense, but screw my tribe,’ she hisses after being first person voted out

Love her or hate her, the notorious Kass McQuillen from “Survivor: Cagayan” made a solid point when she explained in confessional that there is a “double standard” when it comes to how men and women who are driven and get things done are perceived, not only on “Survivor” but in life itself. While Kass admittedly played an especially devil-may-care game and made enemies along the way, she received a much more negative reception both on the island and from viewers at home compared to Tony Vlachos‘ mostly celebrated aggressive gameplay.

“Survivor” has often been talked about as a microcosm of society, reflecting the biases we have toward and against each other as a people. In the show’s previous 37 seasons we have only had one woman over 40 win the game: Denise Stapley in “Survivor: Phillipines,” who happened to beat another older woman in the process, Lisa Whelchel. While nobody ever said “Survivor” was wholly fair, it seems that this demographic in particular continues to not earn the respect they deserve. There is no easy fix for leveling the playing field, outside of generally casting more older people each season, but those in the game and watching on our TVs could certainly do more to value the strength and hard-earned wisdom of the older woman.