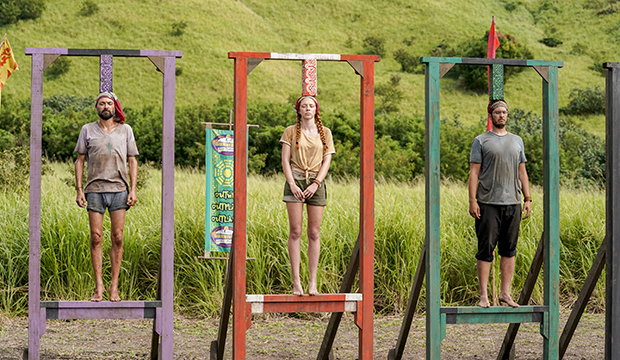 But if “The Amazing Race” is indeed out, that means an open slot in the newly renamed Outstanding Competition Series category — a category, of course, that “The Amazing Race” has won a whopping 10 times. This is a huge opportunity for a show to shake up a very static category — there’s no reason to think the other five nominees last year, reigning champ “RuPaul’s Drag Race,” “American Ninja Warrior,” “Project Runway,” “Top Chef” and “The Voice,” won’t be back — and 42 percent of our readers hope the possible slot goes to the ol’ workhorse “Survivor.”

But “Survivor” will have its work cut out for it because when you’re dropped in this category, it’s basically a death knell. No show that has been voluntarily dumped by voters in this category, as opposed to an ineligibility-induced absence like “The Amazing Race”‘s this year, has ever been nominated again. Voters don’t look back here. Other multiple nominees voters have cast aside over the years, never to return: nine-time nominee “American Idol,” which got 3 percent of the vote to come back; 11-time nominee “Dancing with the Stars,” which got 0 percent; and five-time nominee “So You Think You Can Dance,” which earned 5 percent.

In second place with 16 percent of the vote is “The Masked Singer,” which has already shaken up reality TV and the tired singing competition show, so it could and should inject some excitement into this category. Tied at 8 percent are two long-running shows that have never been nominated before, “Big Brother” and “America’s Got Talent.” Both series have two versions of their shows that they could submit separately, the original and spin-offs “Celebrity Big Brother” and “America’s Got Talent: The Champions.”

Also receiving 5 percent are “World of Dance,” which has two seasons eligible, “MasterChef Junior” and the option of “other.” “Ellen’s Game of Games,” which has bagged Ellen DeGeneres a host nomination, grabbed 2 percent, followed by “Hell’s Kitchen” (1 percent) and “Match Game” (0 percent).