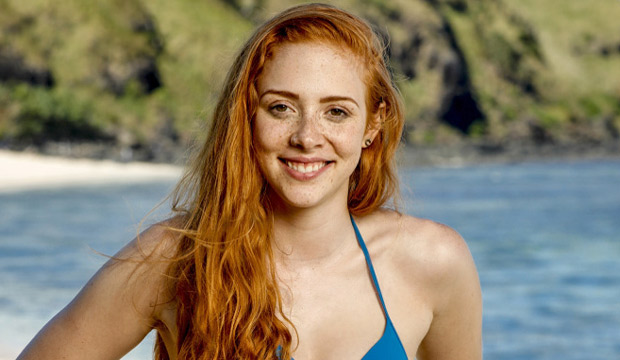 Episode 3 of “Survivor: Edge of Extinction” provided our first big power move of the season, with Chris Underwood becoming the third person voted out of the game. In last week’s winner’s edit breakdown I had Chris at no. 3 due to his involvement in multiple strategic conversations and general likability, but that strategy wound up biting him in the butt as his tribe turned against him for targeting Kelley Wentworth. The third hour largely continued the edits we’ve seen through the first two episodes of the season, with a few notable exceptions. Below you will find my rankings of who has the strongest “winner’s edit” so far on “Survivor: Edge of Extinction.”

Rick remains in the top spot as he proved to be a valued member of the Manu tribe while never being discussed as a target. The show has presented him as a key member helping to orchestrate every vote thus far, without any negativity thrown his way or brought upon by himself. He also has a good meatshield in the form of David Wright, who will always be a target ahead of him. While he has not been edit as a key protagonist quite yet, he is clearly waiting in the wings.

Gavin did not get any confessionals or major content in Episode 3, but he remains a contender if only because I can’t imagine him being targeted anytime soon. He previously established his superfan status and pairing with Eric Hafemann, and this episode showed he was in a majority alliance with most of his tribe. Like Rick, Gavin seems to be well-liked by his tribe without being too threatening. However, if he gets another episode without much content, then it might be time to bump him down this list.

Victoria is in an interesting position where she could be a strategic beast who makes her way to the end or she could be set up for a fall. Either way, she is one of the only Kama tribe members to get notable content throughout these three episodes, and while she has made a few mistakes along the way, her tribemates haven’t necessarily commented on them. Episode 3 featured a humorous scene in which Victoria strategized with Ron Clark about Joe Anglim and Aubry Bracco being a pair and therefore getting them out, with Joe not far behind them within earshot. She clearly has strategic chops for the game but she could very well be hoisted by her own petard.

SEE‘Survivor’ video recap: ‘We got to see more of Extinction Island’ in episode 3, and ‘it’s not a good place to be’ [WATCH]

Wardog clearly has a strong personality that has been discussed as abrasive by certain members of his tribe, and yet, he has been such a strong presence so far that he looks to be making a deep run. He was an integral part of the narrative in Episode 3, singlehandedly turning the vote on Chris and helping convince others why he needed to go. Like Victoria, Wardog could be a major target once the post-merge hits, but for now, he is one of the show’s key figures.

Lauren gets knocked down from last week because of a surprising lack of edit in Episode 3. She had a big moment last week where she found the Hidden Immunity Idol and discussed her childhood dream of finding one, but there wasn’t much in this episode despite her going to Tribal Council. This suggests her edit may be situational, only becoming prominent for big moments like an Idol find rather than being a main character of the season. Right now she is in a similar spot as Rick in how she is hiding behind Kelley, but with the tribe swap coming up, she may be in danger without her shield.

The Kama tribe didn’t receive much of an edit in Episode 3 outside of Aubry’s Idol find and the awkward Victoria moment, so Julie is another castaway without major content. Her standing here is due to her getting focus in the first two episodes, where she discussed being out of her element on the island in addition to an incisive comment about the gender roles in the camp. In a tribe without much of an edit on the whole, Julie stands out as a smart player to watch.

SEEChris Underwood (‘Survivor’ 38) exit interview: ‘I’m coming back for you,’ he warns after arriving at Extinction Island

David continues to be the returnee with the strongest chance of winning, but his edit hasn’t exactly been positive. Most of his focus has been on getting out Kelley, and Episode 3 doubled down on this storyline. Yet, despite all of his pleading, Kelley remains in the game. Continuously failing to get out your target doesn’t exactly foretell a win, outside of Sandra Diaz-Twine constantly targeting but failing to get out Russell Hantz in “Survivor: Heroes vs. Villains,” which was a special case. Unless his content diversifies, he will remain a mid-range contender.

Aubry’s edit has been absurdly inconsistent, with solid if unspectacular content in the premiere, a montage in Episode 2 that made her look like a fool, and now an incredibly sympathetic sequence in Episode 3 in which she found her first-ever Hidden Immunity Idol. While Episode 2 felt like the editors were burying her in negativity, this week felt like a rise from the ashes. What I get from Episode 3 is that this will not be an easy journey for Aubry, but she will fight like hell to get to the end and accomplish the last thing left on her “Survivor” bucket list: a win.

It may seem silly to have Eric this low and his closest ally Gavin so high, but for a good-looking, athletic male, we haven’t seen much of anything from him. It turns out, he has become a strong provider for his tribe but we only know that from a deleted scene, in which he caught six fish. This really should have been included in the show if he was our winner, as this is the kind of content that makes the show’s mainstream audience want to root for him.

Kelley remains in the top 10, but she could very easily slip down as she continues to be a massive target. Despite members of her tribe desperately wanting to get her out, she has remained, which shows she has made strong allies but can she keep surviving by the skin of her teeth? This coming tribe swap could be a very good thing for her, or there could be nowhere to hide now that they’ll only need three votes to get her out. With so much of her content devoted to her just barely surviving, I don’t get strong winner vibes, but she could turn things around.

Joe received some sympathetic content in Episode 3 after overhearing the plan to target him. As someone who is very well-suited to being on “Survivor,” it’s hard to depict Joe as an underdog, and yet that is where he is at this point. Like with Kelley, it’s hard to say whether the tribe swap will help or hurt him, but players who really want to get to the merge would be wise to keep him for his challenge strength. This was a solid episode for Joe Amazing, but the edit so far has not exactly been amazing for such a beloved figure.

Wendy has been a fascinating X-factor through three episodes, with the edit giving us personal content about her having Tourette’s while also showing her stubbornness in not wanting to go along with some strategic plans. Episode 3 was a wild one for Wendy as she injured her ankle in a challenge, contemplated letting her tribe’s chickens go, and stealing the flint. Through all of this, she somehow managed to survive Tribal Council without a single vote against her! Numerous castmates have suggested that Wendy is an erratic player, and despite being an underdog, it doesn’t look like she’ll be long for the game, whether her injury or her tribemates take her out.

SEE‘Survivor’ 38 episode 3 recap: Who was voted out in ‘Betrayals Are Going to Get Exposed’? [UPDATING LIVE BLOG]

I’m bumping up Aurora one spot from last week, even if her Episode 3 content wasn’t that noteworthy. We got a scene illustrating that Aurora is not in the Kama majority alliance, and seems to have attached herself to the returning players, Joe and Aubry. Considering the tribes are swapping next week, there wasn’t much reason to show this in the edit other than to differentiate her from her tribe. It may mean she sticks with Joe and Aubry if they are swapped together. But either way, she has received very little screen time through three episodes, which is not good.

Before the season began, Ron seemed like a gregarious figure who was ready to get down and dirty on “Survivor,” but we have seen next to nothing from him at this point, other than his Secret Advantage find in the premiere. Ron is easily the most well-known of this cast of newbies, but the editors haven’t really presented his story at all. Now his advantage has expired, so even that won’t factor into future episodes. He will need a big breakout in Episode 4 to be considered anywhere near a top contender.

Poor Julia has gotten the short end of the stick in the edit. It has now been three episodes without a single confessional from her, a troubling pattern of which she has voiced her disappointment. Without the CBS bios and preseason coverage, we would know nothing about Julia, and we’re about to hit Episode 4. Until she receives any kind of inclusion on the show, she will, unfortunately, remain in this bottom spot.

As for the three Extinction Island occupants, even though Keith was the one who went to Extinction Island in Episode 3, it felt like Reem had a more significant focus, as she now feels like a very rootable underdog. We shall see how Chris fares, but with Reem being such a bold personality compared to him and Keith, she could eat up even more screen time in Episode 4.