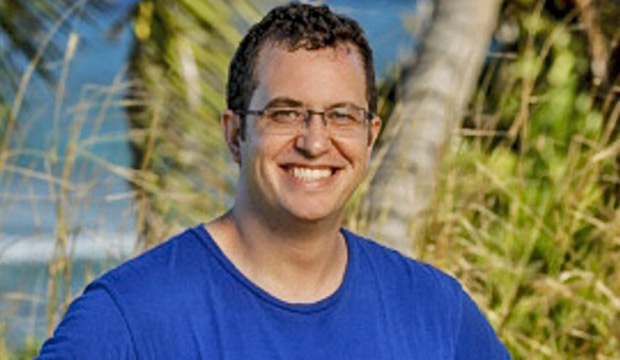 The “winner’s edit” on “Survivor” has long been examined by hardcore superfans determined to solve the puzzle of who is going to claim the title of Sole Survivor. With such a wealth of different kinds of winners, no two have had the same kind of arc on the show, but there are a few things eagle-eyed viewers look for to see who’s a top contender. For one, they should have some level of prominence throughout the season, which means those who are ignored, with only a handful of confessionals, are typically drawing dead. Additionally, “Survivor” likes to make sure the viewer is happy about the winner, so they are typically shown in a positive light, even if there are hints of negativity here and there.

Of course, there is no secret sauce for figuring out exactly who the winner is, especially after only two episodes. We typically have several castaways that look like winners and it sometimes isn’t even clear until Final Tribal Council who might take it home. Each week we will examine the edits of every castaway remaining in the game to figure out whether their story is indeed the winner’s story of “Survivor: Edge of Extinction.” Below is my ranking of winner potential through Episode 2:

In a season that features four beloved figures as returning players, we have seen quite a bit of newbie Rick Devens so far. He ingratiated himself with David Wright and is consistently shown in strategic conversations. He is being seen as an active player in the game, wanting to target Kelley Wentworth because she is a strategic threat. While he hasn’t gotten his way in that regard, people are often going to him for plans, indicating that he is a trustworthy person, plus he has a gregarious personality that his tribemates seems to enjoy being around. Plus, Jeff Probst has already started calling him by his last name, which has to mean something.

It may seem odd to have Gavin this high considering he hasn’t gone to Tribal Council or made major game-changing decisions, but he is getting an unusual amount of personal content. He has said in confessional multiple times that he is a superfan and has an established partnership with Eric Hafemann. This might just be an instinct that goes nowhere, but it’s possible he is being seen just enough on the show now to establish his character as he breaks out later on.

Chris hasn’t necessarily stood out in a tribe of bigger personalities, but like Rick, he has been shown in multiple strategic conversations. The show depicted Chris as being instrumental in deciding who to vote out in Episode 2 alongside Dan “Wardog” DaSilva, and Chris’ plan to vote out Kelley did not work out, but he conducted himself in a way that was slightly more diplomatic than Wardog, who was adamant about booting Keith Sowell. Like Rick and Gavin, he seems to be well-liked and trusted by his tribe, so he could be in it for the long haul.

After a premiere that established Lauren as Kelley’s right-hand woman, she broke out in a major way in Episode 2 with a long segment devoted to her big Hidden Immunity Idol find. This was a highly-positive scene in which she explained how she always looked up to people like Kelley and Parvati Shallow, but also noted that she has no intention of telling anyone about her Idol, even Kelley. What’s good for Lauren is that Kelley will always be a target ahead of her, and she has the benefit of an Idol in her pocket.

David is the highest-placing returnee here almost by process of elimination. He already knows what it takes to get to the end of the game but no one seems to be wanting to get him out, unlike his fellow returnees. He has a tight alliance with Rick and his tribe doesn’t feel negative about him, plus he narrated much of Episode 2. If he weren’t a returnee, he would rank higher, but this is starting to look like a newbie’s season to win overall.

Julie is like Gavin in that we’ve checked in with her in each episode even when the overall narrative doesn’t necessitate it. The editors gave us a proper introduction to who she is in the premiere, saying she’s a New York City girl without much camping experience, and we saw her in Episode 2 making some insightful comments about the frequency of men finding Idols on “Survivor.” While we haven’t seen her make any concrete alliances yet, it is interesting that we keep getting her perspective on things, and she could have a strong underdog journey.

Victoria was a difficult one to place because, on one hand, she stated that she is a superfan and has a strong strategic mind for the game, with Episode 2 all about her wanting to get out Aubry Bracco. On the other hand, the scene in which she told Julie she didn’t even know where to look for an Idol showed that she might not be invested in an often important aspect of the game. It’s easy to see her becoming a ringleader calling the shots, which could help her if she gets to the end, or make her a quick target for whatever alliance opposes her.

We haven’t gotten much from Eric outside of his alliance with Gavin, but we know he is a firefighter and a likely loyal alliance member. He is clearly athletic and dependable so he should have no trouble getting to the merge, but he could be taken down pretty early for being a physical threat. Even if he gets voted out, though, he does have a good chance of surviving on Extinction Island.

SEE‘Survivor’ video recap: We ‘feel bad’ for Reem on Extinction Island because ‘3 days is a long time to be alone’ [WATCH]

Wardog has been shown to be a figure where once he gets his mind set on a target, he won’t stray from it. Both Kelley and David commented negatively on Wardog’s direct approach about getting out Keith, and this is a game that typically rewards finesse, with rare exceptions (Tony Vlachos). He is another one who could become a ringleader targeted quickly to cut the head off the snake. Still, he is conscious of not wanting to look like he is the one calling the shots.

Yes, Kelley’s story has mostly been her being targeted aggressively by her tribemates, but that doesn’t mean she can’t come back. Kelley plays best from the bottom, and if she can get more people behind her like Lauren, there is still hope for her to turn things around. Parvati had a similar edit of having a bullseye on her back at the beginning of “Micronesia” and “Heroes vs. Villains” but she made it to the end both times.

Ron found the Secret Advantage in the premiere, giving him options to pick from the “Advantage Menu.” Other than that, we haven’t seen much of anything from Ron despite having a compelling backstory as an educator. If he was going to win, you have to imagine we’d be seeing a lot more of him. Yet, there is still time.

SEEWhat do YOU think Keith’s ‘Survivor’ decision will be: Visit Edge of Extinction or leave the game? [POLL]

Wendy has had both personal content, explaining that she has Tourette’s and has to overcome social awkwardness, and strategic moments, wanting to target Kelley. She hasn’t gotten what she wanted in either episode and with a power player like Kelley after her, she could be set up for an early demise.

Joey Amazing hasn’t exactly had an amazing edit so far. In the premiere, he did show self-awareness by saying he wanted to “put Joey Amazing away,” but he is still the same old Joe as his first two seasons: a huge challenge asset and an essential member of camp life. His one saving grace will be Extinction Island, because it’s hard to see these people letting him last beyond the first few Tribal Councils post-merge.

Let’s face it, Aubry was buried by the edit in Episode 2. She was shown in a montage using the same keywords to bond with people, who all later compared notes and caught on to her strategy. We don’t see very many winners get a montage that exposes their strategy as comically bad, and for this to happen to a returnee is really not a good sign.

Aurora has been very under-edited overall, outside of a humorous comment made in the premiere about she is gay but still on Team Joe. We don’t know her strategy or that much about who she is as a person. That may change soon, but it’s not great to be this under the radar after two episodes.

Julia seems like a great person, based on her CBS.com bio, but you wouldn’t know it from the show. She is the only person to still have no confessionals, so the audience has no idea who she is, with only a few passing comments in Episode 2 about Aubry’s strategic antics. Hopefully, we will see more from her down the road.

We don’t yet know if Keith will go to Extinction Island, but as for Reem Daly, the premiere obviously went poorly for her but her Episode 2 content was very positive and you can imagine the audience wanting to see her survive and get another chance in the game.