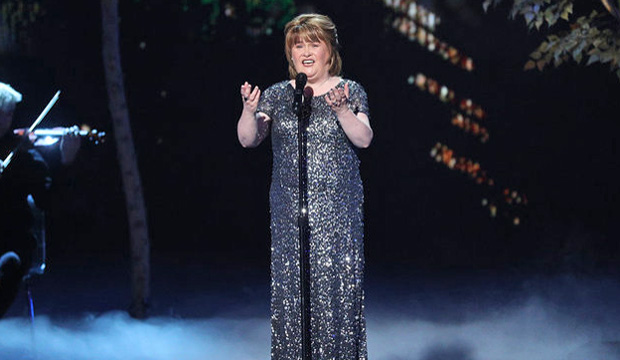 You know her. You love her. Now you’ll get to see her perform live. Susan Boyle, a finalist on this winter’s “AGT: The Champions,” is set to return to the “America’s Got Talent” stage during the Wednesday, August 21 results show. Boyle skyrocketed to fame in 2009 following her performance of “I Dreamed a Dream” in “Britain’s Got Talent,” eventually coming to “AGT” for the wildly popular spinoff show that pitted 50 acts from around the world against each other. Also in Wednesday’s hour, we’ll find out which seven acts from this second week of Quarterfinals will advance to the Semifinals and which five will be eliminated.

As you may recall, viewers of “The Champions” were outraged last February when Boyle was eliminated because she was quickly whisked off the stage like rubbish without even so much as a goodbye. All of the top five acts — winner Shin Lim, runner-up Darci Lynne Farmer, third place Kseniya Simonova, fourth place Cristina Ramos and fifth place Preacher Lawson — received special one-on-one moments with host Terry Crews, a far cry from everyone who finished sixth through twelfth.

Both of Boyle’s “Champions” performances earned high marks at YouTube, with her Golden Buzzer performance of “Wild Horses” attracting 20 million views and her revival of “I Dreamed A Dream” nabbing 2.3 million views. Of course, Boyle knows all about going viral as her original “I Dreamed a Dream” audition from 2009 is one of the reasons the “Got Talent” franchise became such a phenomenon across the world.

Boyle had traveled all the way from her home in Scotland to appear on NBC’s reality spinoff TV series. Of the 12 finalists she was one of only four who didn’t hail from “America’s Got Talent,” as Simonova came from the Ukrainian show, Ramos from the Spanish version and Paul Potts from “Britain’s Got Talent.” The winner and runner-up, Lim and Farmer, were both homegrown “AGT” fan faves, which may have helped them in the voting.