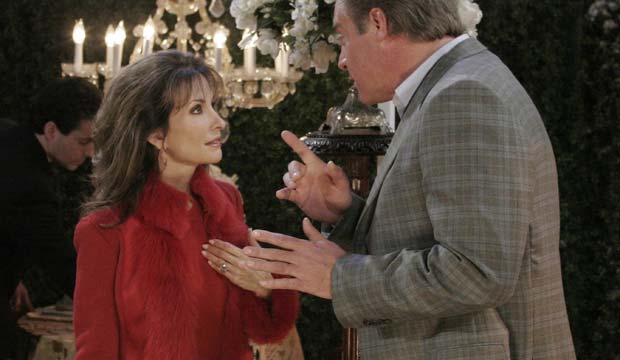 “There is some conversation about a way to do it,” Susan Lucci told Yahoo! Entertainment about the possibility of an “All My Children” revival. “We’ll see. I mean, we don’t know.” She spoke to the Yahoo about “AMC’s” abrupt cancellation in the days leading up to this year’s Daytime Emmys, which took place on May 5.

Lucci, of course, was one of the most famous Daytime Emmy contenders of all time. She was a perennial Best Actress nominee for her iconic role as Erica Kane, but she lost 18 times between 1978 and 1998 before finally winning the award on her 19th try in 1999. She earned two more nominations after that (2001-2002).

“AMC” had better luck at the Emmys elsewhere, winning Best Drama Series three times (1992, 1994, 1998). But it was cancelled in 2011 to make way for “The Chew,” a talk show with a smaller production budget. “There was a lot of anger that day,” Lucci said about the announcement. “AMC,” along with “One Life to Live” was revived in 2013 as a online series from production company Prospect Park, but that reboot was beset by legal battles and ended with the long-running soaps going off the air — again — and the rights to the shows reverting back to ABC.

Earlier this year, ABC entertainment president Karey Burke said “there might be some conversation about” bringing the shows back in some form, though nothing has come of it for the time being. But if a revival ever does come to pass, we can only hope daytime’s number-one diva will make a grand re-entrance right along with it.