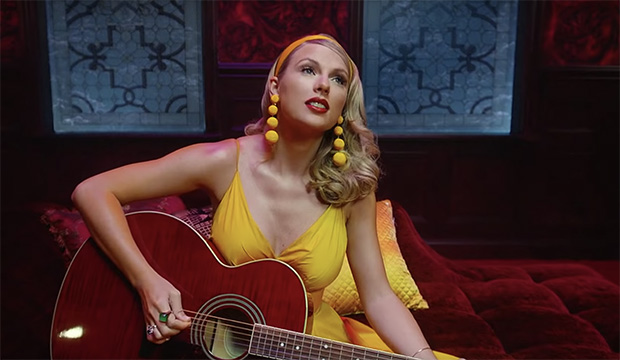 If she prevails, Swift would be just the fifth solo woman to win Song of the Year and the first since 2008. Yup, you can count on one hand the number of solo women who’ve taken home the award, which goes to the songwriter(s). Since the inception of the category in 1959, the only solo female songwriters to triumph are Carole King for her and James Taylor‘s classic “You’ve Got a Friend” in 1972, Julie Gold for Bette Midler‘s “From a Distance” in 1991, Alicia Keys for “Fallin'” in 2002, and the late Amy Winehouse for “Rehab” in 2008.

The songwriting duo of Donna Weiss and Jackie DeShannon is the only all-female team to have won, nabbing the prize in 1982 for penning Kim Carnes‘ “Bette Davis Eyes.”

Swift is the only solo credited songwriter in the entire eight-nominee Song of the Year field, some of which have up to five songwriters. Should she get bonus points for writing the nostalgic, romantic ballad all by herself? Maybe, maybe not, but her single name on a line ought to stick out as voters peruse their ballots, especially now with eight nominees. The winning tracks typically have one to three songwriters, sometimes four (sometimes it’s every member of a band, like Coldplay or U2). Last year, eight people won for writing Bruno Mars‘ “That’s What I Like,” the most ever.

This is Swift’s fourth Song of the Year bid, but her first as a solo writer. She co-wrote her other nominated songs, which all lost, “You Belong with Me,” “Shake It Off” and “Blank Space.” Her two other nominations this year are Best Pop Vocal Album for “Lover” and Best Pop Solo Performance for “You Need to Calm Down.”