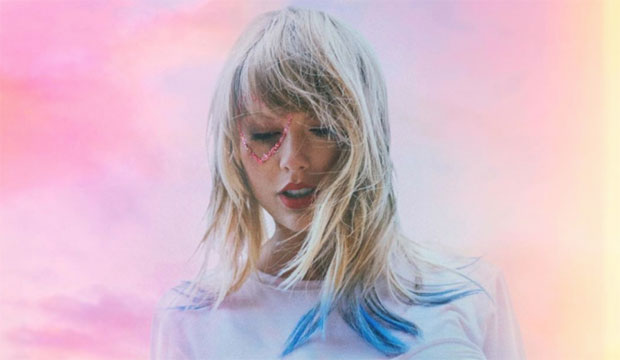 Taylor Swift‘s highly anticipated seventh album, “Lover,” dropped August 23. It has been almost two years since she ground her axe with her angrier, more confrontational “Reputation,” and now it seems that she’s back to looking at the bright side of life. True to the album’s title, the new collection is less about settling scores than it is about romance. But do critics like her sweet better than her sour?

The album has been out for several hours as of this writing, and already it has a MetaCritic score of 80 based on seven reviews counted so far: six of them positive, one of them mixed. It’s being described as “exuberant,” “evolutionary,” “an epiphany.” The biggest criticisms fault the collection for being “too long”; at 18 tracks it’s longer than any previous Swift album. There’s a “brilliant” album in there “if only it had been pruned a little.” “Not even Taylor Swift … can muster enough knockout tunes to fill 18 tracks.”

It’s early yet, but that MetaCritic score is currently the highest for any Swift album. Her previous high-water mark was 77 (for both 2010’s “Speak Now” and 2012’s “Red“). Her nadir was actually “Reputation,” which scored a still-solid 71. So will “Lover” get her back into the Grammy’s good graces? Her only nomination for “Reputation” was Best Pop Album, which went to Ariana Grande‘s “Sweetener” instead. Before that Swift won Album of the Year twice for “Fearless” (2010) and “1989” (2016). That made her one of only two women who have won the top prize twice as a lead album artist; the other was Adele.

How about you? Are you in love with “Lover”? Check out some of the reviews below, and join the discussion on this and more with your fellow music fans in our forums.

Chris Willman (Variety): “Medical and political malignancies make only cameo appearances on an otherwise exuberant album, but invoking them does bring into sharper relief why we maybe need lovers now more than ever … This album gives us something to love, too: Event Pop where the sharing of emotions on a massive scale is the richest part of the blockbuster occasion.”

Nick Catucci (Rolling Stone): “‘Lover’ is, fittingly, evolutionary rather than revolutionary. But nevertheless it feels like an epiphany: free and unhurried, governed by no one concept or outlook, it represents Swift at her most liberated, enjoying a bit of the freedom she won for her cohort. Made mainly in collaboration with Jack Antonoff, female songwriting ally nonpareil, the album’s dominant sound is sleekly updated Eighties pop-rock.”

Alexandra Pollard (The Independent): “‘Lover,’ her new, seventh album, feels like a partial resurrection of the Swift of old: moony romance and earnest earworms abound … At around track 14, ‘Lover’ starts to feel baggy. There is a brilliant album among the 18 songs, if only it had been pruned a little. But Swift has never been one to hold back, and it’s hard to resent her for it. This is the sound of a singer excited to be earnest again.”

Alexis Petridis (The Guardian): “The big problem with ‘Lover’ is that it’s too long, the suspicion being that Swift is trying to reassert her commercial dominance by spread-betting … You can understand the pragmatic impulse to cover every base, but not even Taylor Swift, usually possessed of far higher quality control than her peers, can muster enough knockout tunes to fill 18 tracks.”

Kathryn Hahn on her busy TV season with 'Mrs. Fletcher,' 'I Know This Much Is True,' 'Transparent,'…

Master songwriter Max Martin got his 23rd number-one hit with The Weeknd's 'Blinding Lights': Look back…