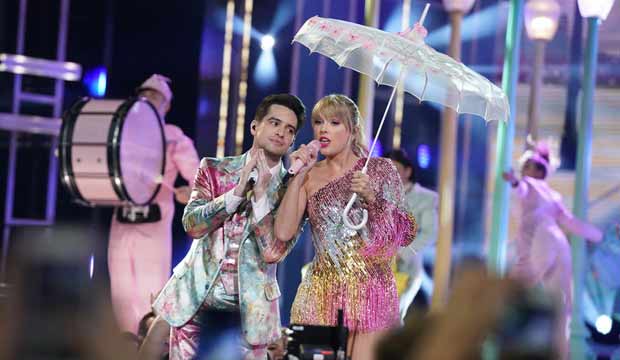 Taylor Swift made history after the April 26 release of her new song “Me,” but despite huge first-week numbers she wasn’t quite able to claim the number-one spot on the Billboard Hot 100 singles chart dated May 11. Instead, Lil Nas X held that position for the fifth week in a row with “Old Town Road” featuring Billy Ray Cyrus.

“Me,” which features Panic! at the Disco frontman Brendon Urie, is the lead single from Swift’s forthcoming seventh album. The music video got more YouTube and Vevo views in its first 24 hours than any other video fronted by a female artist, and it was the fastest video ever to reach 100 million views (79 hours). The song is also the week’s biggest seller with 193,000 downloads, which is the best sales total since Swift’s “Look What You Made Me Do,” the lead single from her last album, “Reputation.”

All that was enough to launch “Me” from number-100 last week to number-two this week. That’s the biggest jump in the history of the Hot 100 and makes it the highest-charting single for Urie and the 23rd top-10 hit for Swift. But it didn’t quite get them to the top. Instead, “Old Town Road” continues its dominance thanks in large part to its massive streaming numbers. “Road” racked up 104 million listens, which means the song now accounts for four of the top six streaming weeks in history.