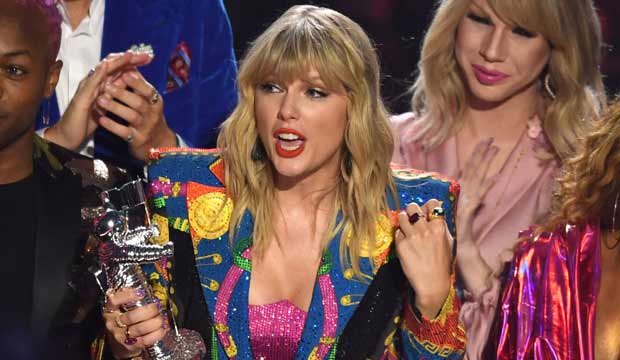 Taylor Swift was the big winner at the 2019 MTV Video Music Awards, taking home Video of the Year for her star-studded, LGBTQ-affirming “You Need to Calm Down.” It was her second win in the top category following her 2015 victory for “Bad Blood.” So she joins Eminem, Rihanna and Beyonce as the only artists who have won that award twice as a lead artist. But fans spread the wealth in other categories at these VMAs. Check out the complete list of winners here.

Swift also won Video for Good for “Calm Down,” which featured appearances by queer celebs including Laverne Cox, RuPaul Charles, Adam Rippon and the Fab Five from Netflix’s “Queer Eye.” But it wasn’t a clean sweep for Swift, who came into these awards with 12 nominations. Song of the Year went to Lil Nas X and Billy Ray Cyrus for their record-breaking “Old Town Road.” Jonas Brothers accepted Best Pop Video for “Sucker.” And Shawn Mendes and Camila Cabello took home Best Collaboration for “Senorita,” which just reached number-one on the Billboard Hot 100 on the day the VMAs were handed out on August 26.

Ariana Grande wasn’t in attendance, but she was still a winner. She was awarded Artist of the Year, Song of Summer (“Boyfriend” with Social House) and Best Art Direction (“7 Rings”). Also absent from the festivities was Billie Eilish, but she also prevailed multiple times: Best New Artist, Push Artist of the Year and Best Editing for “Bad Guy”; she’s busy performing overseas, but she still gave thanks to her fans in a pre-recorded video.

What did you think of the festivities? Did the right videos and artists win? Comment below, and join the discussion on this and more with your fellow music fans here in our forums. 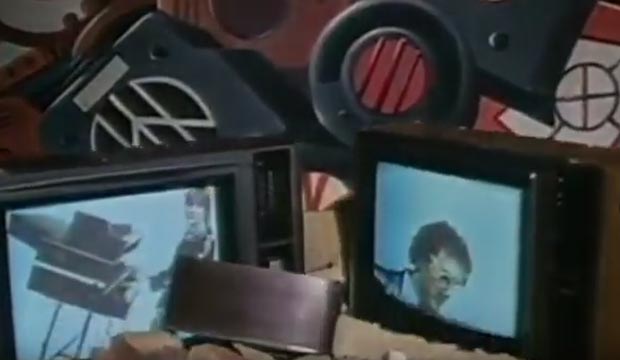