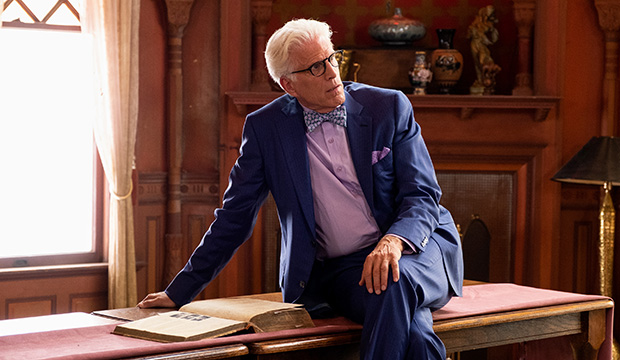 Ted Danson is in a league of his own in the Best Comedy Actor Emmy category, having extended his own record to 13 nominations this year with a second straight bid for “The Good Place.” If he manages to take home the prize, he’d join even more rarified air as one of three men to have won the award for multiple shows.

The only two men to have to have been honored here for different shows are Richard Mulligan, who triumphed for “Soap” in 1980 and “Empty Nest” in 1989, and Michael J. Fox, who three-peated for “Family Ties” from 1986-88 and scored a record-tying fourth win for “Spin City” in 2000. All of the other 13 multiple Best Comedy Actor champs prevailed for one respective show, including Danson. He has two Emmys for “Cheers,” winning in 1990 and ’93, and was nominated for the entirety of the sitcom’s 11-season run. He returned to the category last year for the first time since ’93 with “The Good Place,” setting a then-record 12th nomination.

Danson may have his work cut out for him if he wants to become the newest member of this exclusive group. He’s in second place in our predictions, but is way behind heavy favorite and reigning champ Bill Hader (“Barry”), who has a commanding 10/3 odds to Danson’s 9/2. Plus, “Barry” has proven to be a bigger hit (no pun intended) with the acting peer group than “The Good Place,” with two wins under its belt already and four other acting bids this year compared to just one other one for “The Good Place.”

Still, you can’t count out a legend like Danson. A third win would also put him in the company of Tony Shalhoub (“Monk”), Dick Van Dyke (“The Dick Van Dyke Show”), Don Adams (“Get Smart”) and John Lithgow (“3rd Rock From the Sun”) as three-time champs.

And if he can’t do it this year, there’s always next year with the final season of “The Good Place” and the year after that with his new show with Tina Fey.