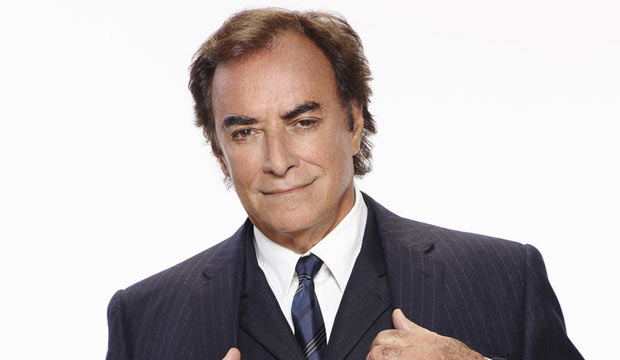 Thaao Penghlis earned his second Daytime Emmy nomination this year: Best Guest Performer for “Days of Our Lives.” He didn’t win that prize, but after he walked the red carpet with his former co-star Leann Hunley he revealed that the two of them will be back on the “Days” canvas this summer. But which Penghlis role will we get?

“Thank you all from Leann and myself for your continued support,” Penghlis posted on Instagram (see it below). “We had a great time celebrating ‘Days’ and its nominees. You will see us on the screen in July. But is it Tony or Andre?”

Penghlis has been featured on “Days” on and off since 1981, and along the way he played both Tony DiMera and his lookalike Andre DiMera — or sometimes one impersonating the other. Tony died in 2009 after being mortally injured during a fight with Philip Kiriakis, and then Andre died in 2018 when Abigail (Marci Miller) killed him in self-defense, which so traumatized her that her mind split into two other personalities to protect her. Penghlis earned an Emmy nom for Best Actor in 2008 for playing both roles, while his 2019 guest-acting bid was just for playing Andre.

Hunley first appeared on “Days” as Anna DiMera during the 1980s, for which she won the Emmy for Best Supporting Actress in 1986. She returned in 2007 and stayed until 2009, but she made return appearances in 2010, 2017 and 2018. She was married to Tony (a few times), so maybe that’s a sign that it’ll be Tony who is resurrected, or maybe appearing in a dream or some other manifestation from the great beyond. I guess we’ll have to wait and see.

Thank you all from Leann & myself for your continued support. We had a great time celebrating Days & it’s nominees. You will see us on the screen in July. But is it Tony or Andre? #Days #NBC #love #romance #winning #vets #passion #Armani #style #fashion