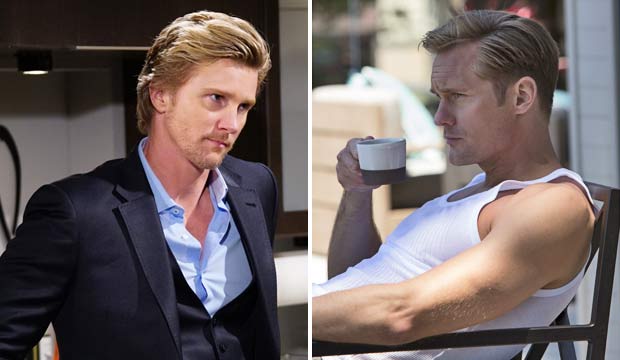 Thad Luckinbill played JT Hellstrom on “The Young and the Restless” on and off for the last 20 years, but his most recent return ended in April 2018 when he was suddenly killed off. He had become abusive to his ex-wife Victoria (Amelia Heinle), which led her and a few frenemies to kill him and cover up his death. Sound familiar? It was reminiscent of the storyline that ended in Alexander Skarsgard‘s death in HBO’s “Big Little Lies.” And now, just like Skarsgard, Luckinbill could win an Emmy for Best Supporting Actor.

Similarly, Luckinbill had never gotten on the Daytime Emmy radar for his years of work as JT, but now he’s a pre-nominee for Best Supporting Actor, while his on-screen victim Heinle is in the running for Best Actress. As of this writing Luckinbill is among the likely nominees in his category; based on the combined predictions of Gold Derby users, he ranks fifth with odds of 11/2. Among our Top 24 Users who got the highest scores predicting last year’s nominations, 14 agree that he’ll earn a bid, and 2 think he’ll win just like Skarsgard did.

It would be a lovely parting gift for being killed off after all these years, but in soap operas death isn’t always the end. If “Y&R” decides to resurrect JT, the show could follow its “Big Little Lies” storyline with an “I Know What You Did Last Summer” twist.