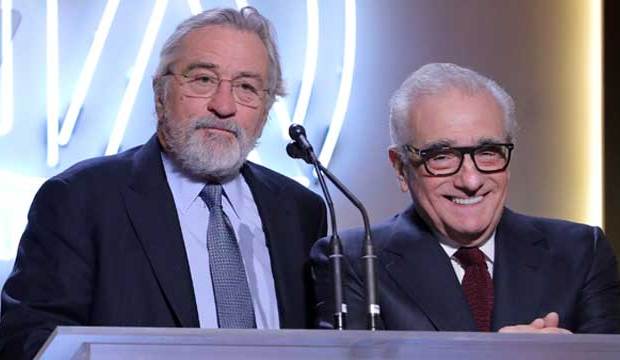 Sorry, Steven Spielberg. But good for you, Martin Scorsese. If you follow the rules, your Netflix movie “The Irishman” can be Oscar eligible to grab some little gold men.  The Academy of Motion Picture Arts and Sciences has decided that films produced by streaming services such as Netflix and Amazon are eligible to compete for Academy Awards if they follow the guidelines in place.

“Our rules currently require theatrical exhibition, and also allow for a broad selection of films to be submitted for Oscars consideration,” said academy president John Bailey in a statement on Tuesday released  about its annual meeting about the organization’s rules.

He added, “We plan to further study the profound changes occurring in our industry and continue discussions with our members about these issues.”

The board will use the in-place requirement that a film must have a minimum seven-day theatrical run in a Los Angeles County commercial theater with a minimum of three screenings during those seven days for paid admission. Those titles can be released on streaming sites on or after the first day of the qualifying run.

The board did make some updates in other categories. They include:

— The requirement to have at least eight animated features to be released each year to allow the category on the ballot has been eliminated.

— The makeup and hairstyling category got a boost, with five films allowed to compete instead of just three. The short list will go from seven to 10 movies.

As for “The Irishman,” its star Robert De Niro,is already beating the promotional drum as the Tribeca Film Festival kicks off this week. The event’s co-founder is scheduled to do a sitdown chat with  his pal Scorsese as they reminisce about their now nine collaborations.

In a pre-fest interview with the Hollywood Reporter, De Niro spoke about “The Irishman’s” 12-year journey to becoming a biographical crime film based on Charles Brandt‘s 2003 book, “I Heard You Paint Houses.”

De Niro mentioned the book to Scorsese, declaring it “terrific” and thought it would be a perfect project for both of them. “We started this whole process in 2007, so it’s been a long time coming. I’m excited to see it and to share it after all this time working on it.”

De Niro and his festival co-founder Jane Rosenthal spoke about scenes that use the magic of CGI to erase years from the 75-year-old “Raging Bull” Oscar winner. But just like the rest of us, the actor noted, “I’m anxious to see the whole thing put together.”