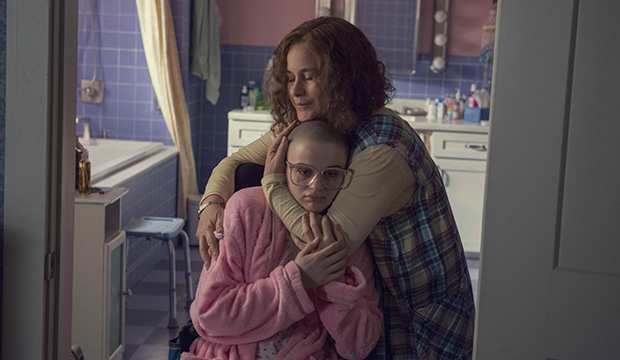 At Disney’s Investor Day on April 11, Hulu CEO Randy Freer revealed that its true-crime anthology series “The Act” has set a record for the streaming service. “It has driven more new subscribers to series than any other Hulu original in the first month,” he said.

In layman’s terms, that means new subscribers watched “The Act” within the first 24 hours of signing up for Hulu. It’s not an exact science, but from that metric, one can infer that a program — in this case, “The Act” — drove someone to subscribe if they watched it so quickly after joining. But with its surging popularity and good reviews — it has 73 on Metacritic and a 91 percent on Rotten Tomatoes, along with raves for stars Joey King and Patricia Arquette — “The Act” hasn’t cracked the top five in our Best Limited Series Emmy predictions… yet.

“The Act” is currently in seventh place in our odds, behind “Escape at Dannemora,” “Fosse/Verdon,” “Sharp Objects,” “A Very English Scandal” and “True Detective”; “Catch-22,” Hulu’s other limited series, is in sixth. In terms of our pundits, only two Experts are predicting it: me and E!’s Chris Harnick, who has it winning. None of our Editors besides me have it in their lineups, and just three of our Top 24 users have shortlisted it, Luca Giliberti, lovelylovely and jasonface. Are we underestimating “The Act” — and why?

The short answer is that “The Act” had a quiet run-up and premiere compared to the shows ahead of it, many of which have already completed their runs and won awards earlier this year. The announcements of the show and castings didn’t generate the same type of headlines as, say, Sam Rockwell‘s and Michelle Williams‘ in “Fosse/Verdon” or Mahershala Ali‘s in “True Detective,” a series we didn’t even know if we’d see again after the abysmal second season.

The first trailer for “The Act” dropped in February during the Television Critics Association winter press tour, a month before its March 20 premiere. But that also didn’t make too many waves outside of it boasting another transformative performance from Arquette, as it was probably overshadowed by other big news from TCA, like “The Handmaid’s Tale” and “Big Little Lies” both missing the Emmy cycle, and even the first trailer for “Catch-22,” aka George Clooney‘s first return to TV since “ER.”

Those low expectations, as it were, probably worked in “The Act”‘s favor. People found it on their own or via recommendations from friends or word of mouth. Online chatter about the show has increased every week since its debut — and now we have “confirmation” from Hulu that a lot of people are watching.

Plus, there was already built-in interest in Dee Dee (Arquette) and Gypsy Rose Blanchard‘s (King) stranger-than-fiction story and toxic relationship. After years of faking illnesses for her daughter, Dee Dee, who had Munchausen by proxy, was murdered in 2015 by Gypsy’s boyfriend Nick Godejohn (Calum Worthy) at her request, and the couple was arrested after they posted startling messages on Dee Dee’s Facebook page. The case was covered extensively in the media and spawned a 2017 HBO documentary, “Mommy Dead and Dearest.” And the show is based on the 2016 BuzzFeed article “Dee Dee Wanted Her Daughter to Be Sick, Gypsy Wanted Her Mom to Be Murdered” by Michelle Dean, who co-wrote and co-created the series.

Hulu’s weekly release model also helps sustain and build that buzz as more and more people watch and talk about the show. While Arquette has always been in the top two in our supporting actress odds, King has climbed up to seventh place in lead (where Arquette is in first for “Dannemora”) as more viewers take notice of her stunning breakthrough turn as Gypsy.

How many of those viewers are Emmy voters? We’ll never know. But if that subscriber-to-series record is indicative at all of how voters might respond to the show, then act now and put it in your predictions.