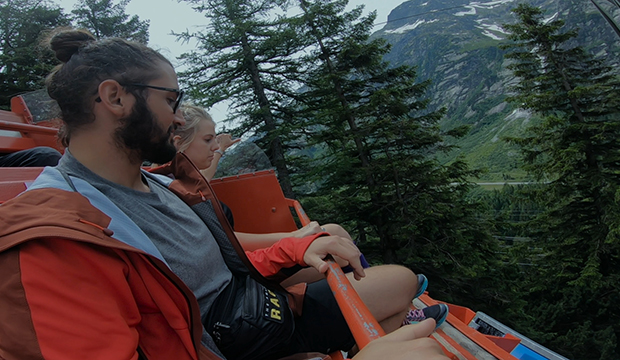 Another leg on “The Amazing Race,” another leg win by an “Amazing Race” team. The “Race” alums kept their hot streak alive on Wednesday’s episode when Tyler Oakley and Korey Kuhl came in first for the second consecutive leg. That brings the “Race” duos’ perfect leg win record to 7 for 7, but we also marked another milestone on the other end of the spectrum with the Leg 7 results. Nicole Franzel and Victor Arroyo getting saved by the non-elimination leg means that every non-“Race” team has come in last now.

The season started with five “Race” teams, three from “Survivor” and three from “Big Brother.” Outside of Art Velez and JJ Carrell‘s Leg 1 elimination — which was caused by Art’s literal leg issues, spurring their four-hour penalty — it’s clear racers have been superior on a show they’ve done before (shocking, we know). Every team that’s been axed or been saved by a non-elimination since then has been a “Survivor” or a “Big Brother” pair.

On top of that, on Leg 7, the top four teams were “Race” alums, while the bottom three stragglers were non-racers who were nearly foiled by the self-driving on the leg (yes, we know all about Rachel tying the most legs record set by the cowboys and Globetrotters). They were already the bottom three as they left for the Pit Stop, but it was hilarious seeing none of them ask for directions before they departed and the blind (Chris and Bret) leading the blind (Rachel and Elissa).

Nicole and Victor, the last non-“Race” team to have avoided last place until now, have been the strongest of the non-racers, posting three second-place finishes. They probably would’ve been fine on Leg 7 had Victor listened to Nicole to get directions instead of aimlessly driving around and looking for parked cars (men, amirite?) since Chris and Bret, and Rachel and Elissa were still completing the Detour at that point.

So now the questions is: Which “Race” team will be the next to come in last? The “Race” stars can still run the table in leg wins, but only three teams can make the final, so at least one of them will be left out in the cold.