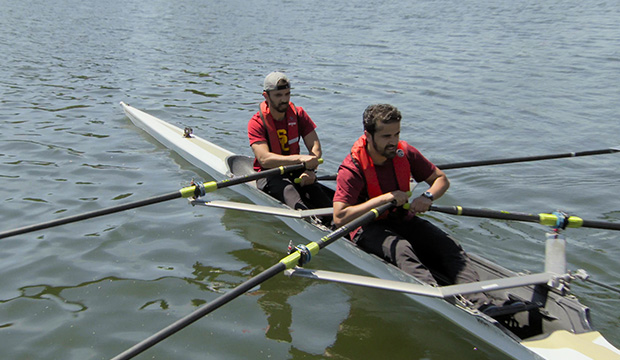 “The Amazing Race 31” finale is this week, but you’ll have an extra hour to prepare for the two-hour closer. As previously reported, the finale will move back an hour on Wednesday, June 26 and start at its former time of 9/8c.

The shift is to make room for the two-night “Big Brother 21” premiere, which kicks off on Tuesday. Both one-hour episodes of “Big Brother” will air at 8/7c. (“Big Brother’s” own switch to Tuesdays for the premiere is likely to accommodate “Race” as well.) Since this season is a reality showdown between “Race,” “Survivor” and “Big Brother” teams, it’s really only fitting that “Race” ends following “Big Brother” after starting the season following “Survivor.”

“Race” aired its first four episodes this season at 9/8c on Wednesdays before taking over “Survivor’s” vacated 8/7c time slot with a double episode on May 22. That was its second scheduling change this season; it was originally scheduled to premiere on May 22 before getting bumped up to April 17 to replace the fledgling “Million Dollar Mile.”  The earlier premiere also means the 10-time Best Competition Program champ is Emmy eligible, which it wouldn’t have been had it kept its May 22 launch.

The two-hour finale is two episodes. The fourth-place team will be eliminated at the end of the first hour, which takes place in London, and the final three will head to Detroit in the second hour, where the winners will be crowned.