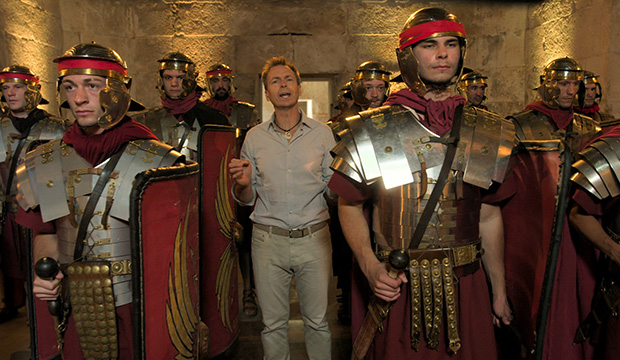 “The Amazing Race 31” started with a scheduling change, so it’s only fitting that it ends with another one. The season will conclude with a two-hour episode in a new — but old — time slot. Episodes 11 and 12 will air Wednesday, June 26 starting at its former time of 9/8c, according to CBS.

The two-hour closer is hardly surprising — the show has done two-hour finales before, including last season — but the shift back an hour might be. “Race” aired its first four episodes this season at 9/8c before taking over “Survivor’s” vacated 8 o’clock hour on May 22 with a double episode.

But the move is understandable when you remember what else is happening on June 26: the second of “Big Brother 21’s” two-night premiere event that kicks off Tuesday, June 25. “Big Brother” will air at 8/7c on June 26, thus forcing “Race” to shuffle back an hour. (“Big Brother’s” own move back to Tuesdays for the premiere is likely to accommodate “Race” as well.)

This is the third scheduling change “Race” will undergo this season. Originally slated to premiere on May 22 — which means it wouldn’t have had enough episodes to qualify for this year’s Emmys — the show ended up bowing on April 17 after “Million Dollar Mile” flopped. And then there was the aforementioned time slot switch after “Survivor: Edge of Extinction” finished. And yes, “Race,” a 10-time Best Competition Series champ, is eligible for the Emmys now.

“The Amazing Race” airs Wednesdays at 8/7c on CBS for the next two episodes and will move to 9/8c on June 26 for its two-hour finale.