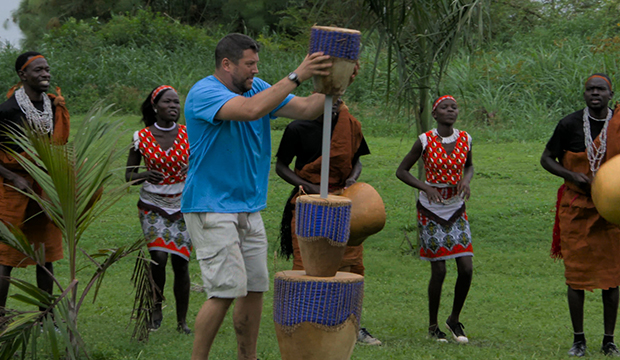 Introduced last season, the Head-to-Head has already been on numerous international editions of “Amazing Race.” The premise is mostly the same — two teams battle against each other with the losing team facing off against the next arriving team and so on — but they all occur at different points in the legs on the different versions. In the U.S. version, it’s right before the Pit Stop, which means the final losing team has no recourse and will be eliminated (unless it’s a non-elimination).

SEE ‘The Amazing Race’ episodes 5 and 6 recap: The dreaded Head-to-Head returns to take out…

The Head-to-Head is obviously supposed to add more stress and drama, and maybe shake up the order so the last team that arrives might be saved by it if they win. Last season, it only had an impact once, but they’ve had no impact on the last team at least this season. In the unaired one on Leg 4, which was revealed on Nicole Franzel and Victor Arroyo‘s podcast, Corinne Kaplan and Eliza Orlins were already last and were eliminated after losing the Head-to-Head to Rachel and Elissa. At least during that one, it appears that the middle standings changed slightly.

On Wednesday’s second episode, however, the Head-to-Head literally changed nothing in the standings. Everyone still finished in the order in which they arrived at the task because the drum puzzle was one in which experience helped you for the next time. None of the losing teams before the last face-off did it more than twice.

But more than the impact on the standings or lack thereof, if you’re a “Race” purist, the Head-to-Head is just a frustrating addition that undermines the spirit of “Race.” Unlike “Survivor” or “Big Brother” or most competitive reality shows, on “Race,” your fate is dictated by you and how you perform on the tasks, with a little taxi luck thrown in here and there. No one can complete the tasks for you or help you advance but you. There’s no voting for anyone to stay or to go; you have to get to the mat yourself. It’s like the difference between judged sports, like gymnastics and figure skating, and non-judged sports, like track and swimming, where you have to cross the line or touch the wall first.

The Head-to-Head means, as Tyler Oakley and Korey Kuhl put it, you could run a flawless leg but go from first to eliminated. It could nullify everything you just did.

Same goes for a team you hate that looks like they might win but could be foiled by the Head-to-Head. But if it’s your favorite team that struggles with it, then it ain’t no fun.

Perhaps the best compromise if the Head-to-Head is going to stick around is to place it early or in the middle of the leg. You can still have the potential placement shake-up, but the rest of the leg would still play out organically without rendering your entire effort on the leg null and void.