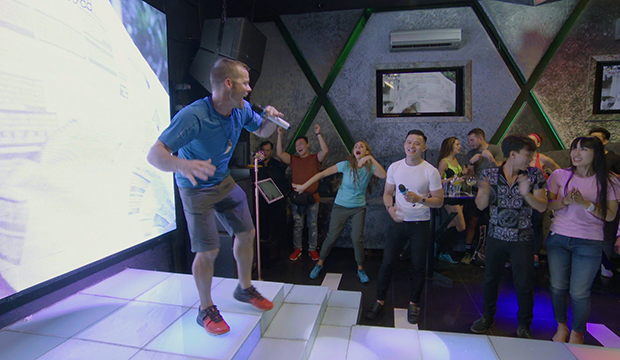 “The Amazing Race” has a new start time again. Season 31 will move up an hour to the Wednesdays-at-8 slot starting on May 22, which will also feature a double episode that night, CBS announced.

The 10-time Emmy champ will take over the slot vacated by “Survivor,” which concludes Season 38 the week before on May 15 with its usual supersized finale leading into the reunion special. “Race” will not air on May 15. The episodes on May 22 will be the fifth and sixth installments of the season.

“Race” fans will recall that May 22 was the original premiere date for Season 31, which was filmed last summer. In early April, CBS moved the premiere up to April 17 at 9/8c to replace the low-rated “Million Dollar Mile,” leading out of “Survivor,” which is apt since this season is a reality showdown between former racers, “Survivor” stars and “Big Brother” stars.

It’s unclear if “Race” will continue to air double episodes for the rest of the season (it usually has 12 episodes), as CBS has not revealed its listings beyond the week of May 20 yet. But “Race” will need a few more doubles to ensure its entire season is Emmy eligible this year. Rule changes means hanging episodes now have to air by the start of nominations voting (June 10 this year) instead of the the end (June 24 this year); however, all June episodes can be eligible if shows give advance online access to academy members by the May 31 deadline.

“The Amazing Race” airs Wednesdays at 9/8c on CBS (for now).