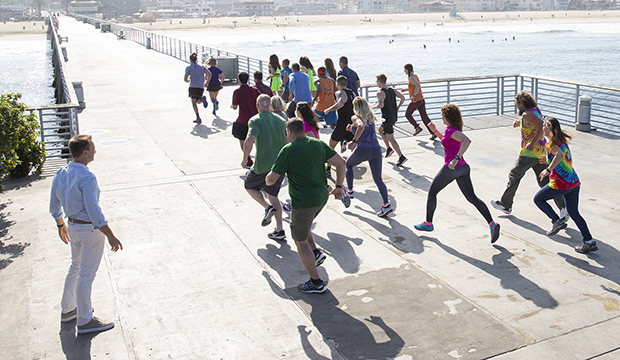 “The Amazing Race 31” cast includes five returning teams and one returning racer, and it’s no mystery as to who you’re cheering for: 33 percent of our readers are pulling for Art Velez and JJ Carrell to grab that $1 million.

The border patrol agents were runners-up on Season 20, an installment dominated by Rachel and Dave, who set the record for most leg wins in a season at eight. Art and JJ had a chance to upset the formidable duo when Davechel accidentally skipped the Roadblock, but Art struggled so much at the Roadblock that Davechel were able to return, complete the task and cruise to the finish line. It probably would’ve been easier to swallow had Davechel beat them outright. Art and JJ never finished lower than fourth, which will definitely be hard to duplicate this season.

In place is Art and JJ’s fellow Season 20 finalist, Rachel Reilly, with 21 percent. After twice finishing third with her husband Brendon Villegas on Seasons 20 and 24, Rachel is now racing with her sister, fellow “Big Brother” alum Elissa Slater. Rachel has the honor of never being Philiminated, which will also be a tough streak to maintain on her third go-around. Thanks to her “Big Brother” status and double third-place “Race” finishes, she’s definitely the most experienced contestant this season.

Right behind in third place with 20 percent are Becca Droz and Floyd Pierce. They were paired together on the strangers season, Season 29, and for a duo named Team Fun, they also had their share of highly dramatic, totally not fun moments. Like when Floyd almost lost his passport and Becca almost killed him. Or when he got heat exhaustion and dehydration during a Roadblock and Phil Keoghan had to come and give them a mercy elimination in fifth place. They are the only ones of the returning racers not to have completed their last leg on their previous season(s).

Next with 12 percent are Tyler Oakley and Korey Kuhl. The pals came in third on Season 28, the social media stars outing, which was not as insufferable as it sounds. They were strong racers, never coming in lower than third place outside of back-to-back sixth-place finishes in the middle of the season.

Tied with 7 percent are the Afghanimals, Leo Temory and Jamal Zadran, and Colin Guinn and Christie Woods. Like Rachel, the Afghanimals have raced twice, in Seasons 23 and 24, and earned the same placement both times. Theirs is arguably more cruel than Rachel’s double bronze finishes, as they came in fourth place. So close, yet so far from the final three.

Colin and Christie probably feel like they should’ve raced twice already, but this will be their second trip around the world — 15 years after coming in second place on the legendary fifth season. They are a a team you love to hate and hate to love, but you can’t deny they were fantastic competitors. Plus, we will always love them for giving us “My ox is broken!“

“The Amazing Race 31,” a reality showdown between “Race,” “Survivor” and “Big Brother” teams, premieres Wednesday at 9/8c on CBS.