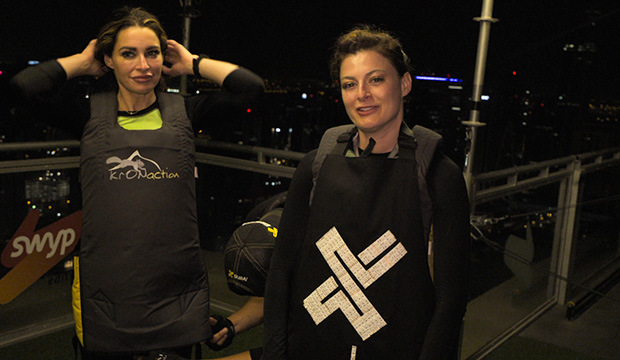 “The Amazing Race” was off the air last week for the “Survivor: Edge of Extinction” finale, but your patience will be rewarded this week. As previously reported, “Race” returns Wednesday, May 22 with two episodes — and in a new time slot.

With “Survivor” done for the season, “Race” will now move up an hour to Wednesdays at 8/7c, where it will air for the rest of the season. “Race” fanatics will recall that May 22 was the original scheduled premiere date for Season 31, but CBS moved it up to April 17 after new series “Million Dollar Mile” was a bust.

SEE The Head-to-Head Battle will rear its ugly, uh, head on the next ‘Amazing Race’

Because of last week’s break, we’ll have a double episode this week featuring the fifth and sixth legs. In the first hour, the remaining eight teams will head to Dubai, where a “a split-second decision may make or break one team’s life in the race,” per CBS. The teams will then travel to Uganda for the sixth leg, which will feature the return of the Head-to-Head Battle. Or we should say “the aired return of the Head-to-Head Battle”; there was an unaired Head-to-Head in the fourth leg that eliminated Corinne Kaplan and Eliza Orlins.

So far, this reality showdown has been dominated by the “Race” alums, as all four legs so far have been won by “Race” teams. One “Race” and two “Survivor” teams have been axed, leaving four “Race,” one “Survivor” and all three “Big Brother” duos still alive.

“The Amazing Race” returns Wednesday at 8/7c on CBS.