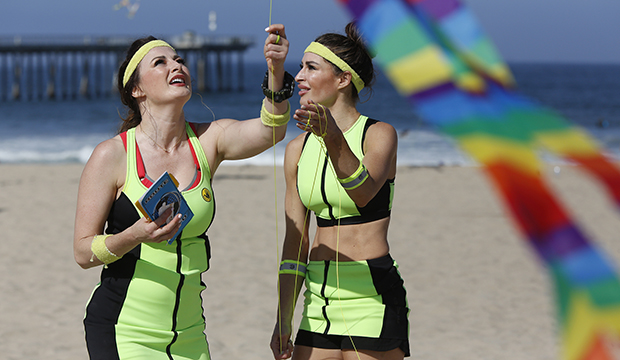 For her third trek around the world, Rachel Reilly left her hubby Brendon Villegas at home and teamed up with her sister, fellow “Big Brother” alum Elissa Slater, for “The Amazing Race 31.” And both are very excited to be all “sisters before misters.”

In honor of National Siblings Day on Wednesday, Rachel tweeted a snippet of the pair’s intro segment (watch below), in which they rib each other and Brendon. “My past two times I’ve done ‘TheAmazing Race,’ I raced with my husband Brendon. This time I get to race with my best friend, my sister!” Rachel says.

Elissa, meanwhile, feels like Rachel made the correct choice in dropping Brendon for her, because she is “better at getting [Rachel] under control,” to which Rachel reacts in mock horror. And because of that, she believes they can do what Rachel couldn’t do with Brendon. “Brendon is going to be so mad when we win and he tried two times and, you know, the third time with sister was the charm,” she taunts. Oh, snap.

“These zings on my husband!” Rachel exclaims. (We all know Zingbot would’ve been way more brutal.)

“It’s not zings against him; it’s just that you were mine first,” Elissa says.

Even though Brendon and Rachel never won, they did accomplish something that had never been done before on the show and has yet to be duplicated: They were the first team to make the final three twice, coming in third in Seasons 20 and 24. So Elissa does have a pretty high bar to clear as Rachel’s partner.