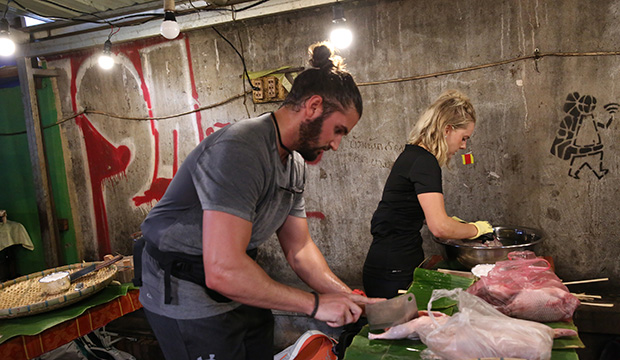 We know what the Detour options are on the second leg of “The Amazing Race 31,” and now we know who did what — and when-ish.

The choices are to learn the Laotian alphabet or to cook a dish. As previously revealed, Corinne Kaplan and Eliza Orlins opted for the alphabet, while Rachel Reilly and Elissa Slater cooked. Corinne and Eliza also revealed that their fellow Survivors Chris Hammons and Bret LaBelle cooked, quipping that Laotian sounds like Bret’s native Boston accent.

Well, cook was definitely the popular choice. Thanks to new photos released by CBS, we can see that eight of the 10 teams did cook. Now, yes, this leg has a Double U-Turn, but CBS, of course, isn’t dumb enough to release photos of the same team(s) doing both tasks if the U-Turns were used.

SEE ‘The Amazing Race’ spoiler: The Detour options on the Double U-Turn-powered Leg 2 are…

Rupert and Laura Boneham are the only other team shown doing the alphabet Detour.

On paper, cooking sounds easier than learning to speak in a foreign tongue,  so it’s not surprising that that was the favorite Detour pick. What’s most telling from these photos is that most, if not all, of the cook teams were there at the same time. This photo below, from back to front, shows Janelle, Victor, Floyd (in orange), the Afghanimals, Elissa and Colin all working on their dish. 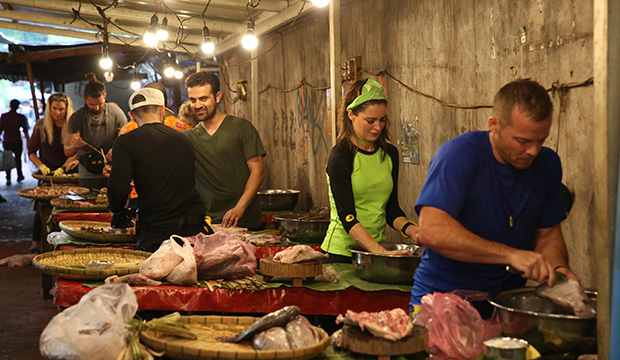 Another one shows Tyler and Korey, and Bret (in green) working next to each . other. They could be there at the same time as the other six but on the opposite side of the room. 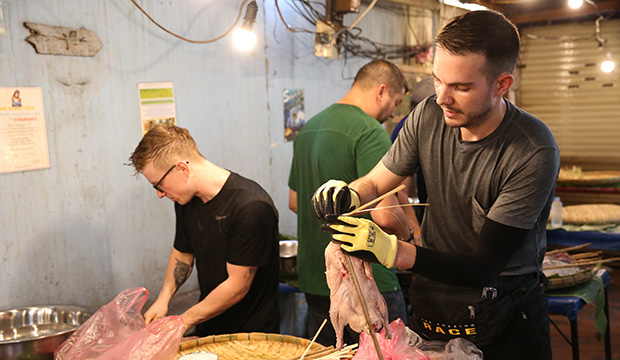 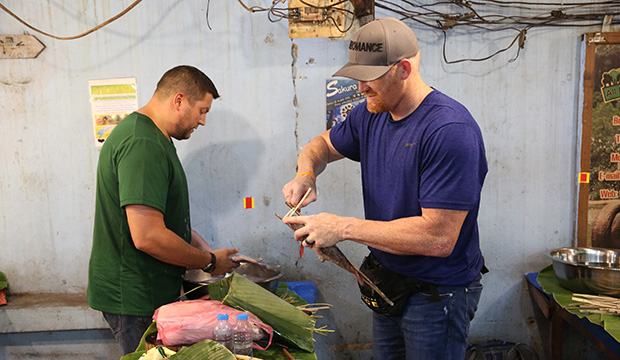 We know there is an equalizer at the start of this leg, thanks to this sneak peek of all the teams receiving an early morning blessing from monks before getting their clues, so it makes sense that most of them are on equal footing. It also makes sense that regardless of where the U-Turn board is — before the Detours or after — whoever is U-Turned would do the “easier” option first.

Meanwhile, Rupert and Laura are learning the alphabet with no other team around them in the shot, but that doesn’t mean another one isn’t there. 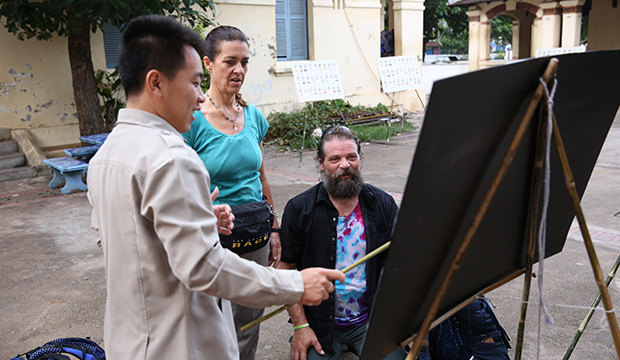