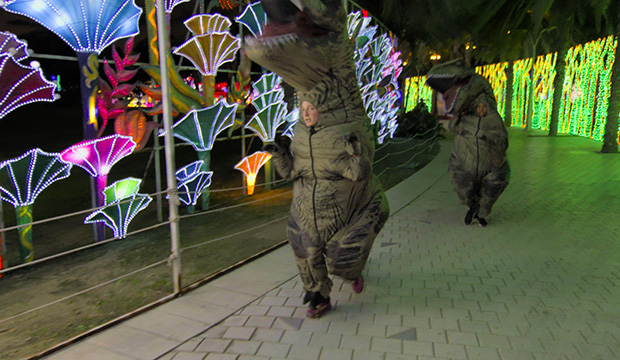 After a “Survivor”-induced break, “The Amazing Race” is back on Wednesday with two episodes to make it up to us. And you know what else is returning? The Head-to-Head Battle.

Yup, the two-team face-off is back. CBS has released the loglines for both episodes, which are the fifth and sixth legs. The first hour, starting in the show’s new time slot of 8/7c, takes the remaining eight teams to Dubai, where they will “take a leap of faith when choosing which detour challenge to take on, and a split-second decision may make or break one team’s life in the race.” The Head-to-Head Battle is in the second hour, which takes place in Uganda, and based on this description, it’ll probably involve drums: “Teams must drum up enough strength for an intense Head-to-Head Battle before checking into the mat.”

The Head-to-Head Battle was introduced last season (it’s already been on multiple international versions), pitting two teams against each other right before the Pit Stop, with the losing team forced to face off against the next team that arrives and the final losing team eliminated from the race.

Fun fact: There was already a Head-to-Head this season that we did not see. During Corinne Kaplan and Eliza Orlins‘ appearance on Nicole Franzel and Victor Arroyo‘s podcast Coco Caliente, the quartet revealed that there was a badminton Head-to-Head in Leg 4, the leg in which Corinne and Eliza were axed, that was cut from the episode (probably to amp up the mat draaahma between the “Survivor” gals and the Reilly sisters). The unaired Head-to-Head also explains the shuffling of  positions — Chris Hammons and Bret LaBelle rocketing to third, the Afghanimals falling to sixth — after the Detours.

“The Amazing Race” returns with two episodes on Wednesday in its new time slot, 8/7c, on CBS.