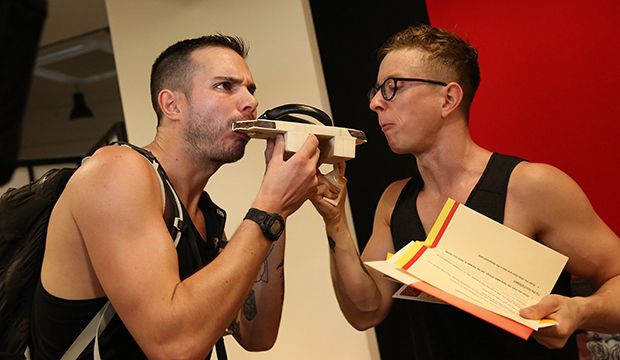 The Roadblock on the season premiere of “The Amazing Race 31” sure sounds yummy. CBS has released photos from Wednesday’s premiere, which takes the 11 teams to Tokyo, one of which gives us a pretty look at a Roadblock clue. OK, you have to zoom in, but naturally we did that.

The photo (above) is of Tyler Oakley and Korey Kuhl biting into a geta, a traditional Japanese sandal. In Tyler’s hand is the clue, which is nearly a page long with instructions. The entire clue is not legible, unfortunately, but we were able to make out a couple of sentences:

– “When you think you see a sandal that is edible, ask an available salesperson to…”

– “When you think you have eaten enough, ask the manager to check your sandal.”

– “For the Non-Participant: Enter the shoe store and wait in the designated area.” 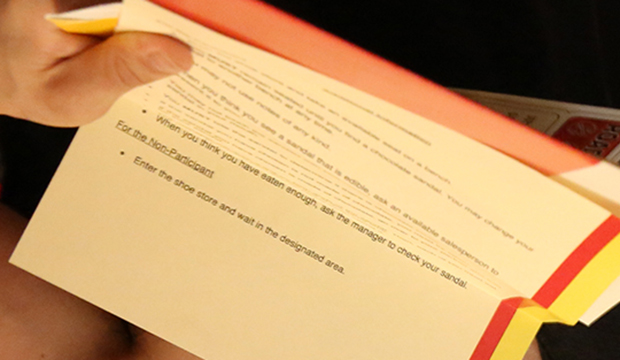 Based on this and the various photos, the task sounds like it involves the person doing the Roadblock to find an edible sandal by asking a salesperson to bring one for them to bite, and once they have one, they bring it back to their partner to eat it together until they have “eaten enough,” which sounds like they don’t have to finish the whole thing. Those sandals do look rather large. A size 8, we gather? 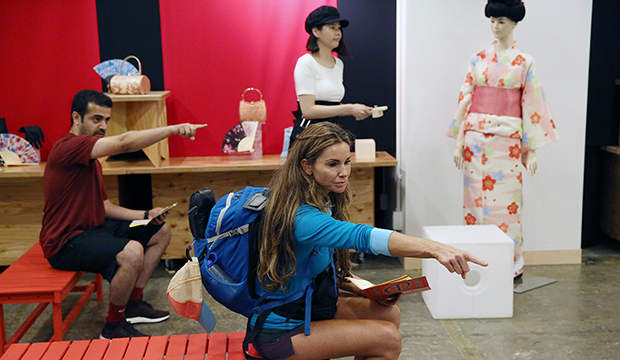 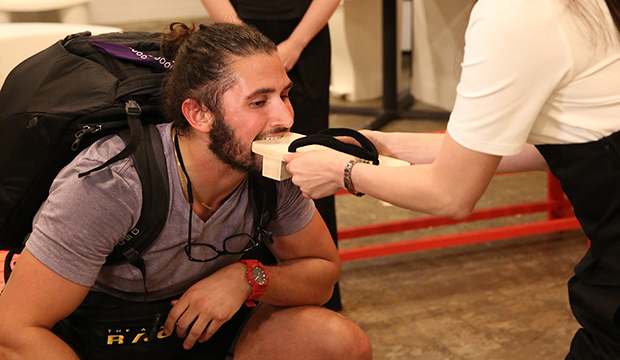 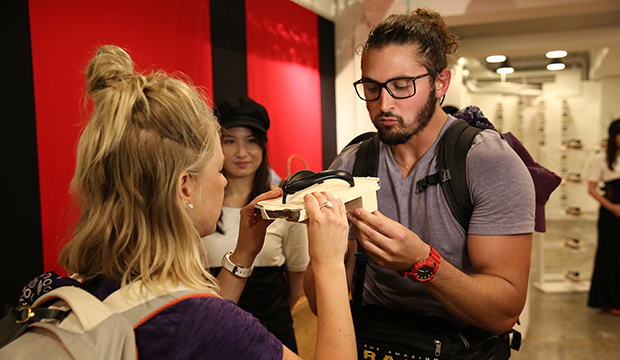 The photos also reveal another task in Japan that involves racers going down a slide in a blue unitard and a wig, so here’s hoping it’s related to another insane Japanese game show. As previously revealed, the very first task of the premiere will have racers digging through a sand octopus on the beach to get their clue to go to Japan. 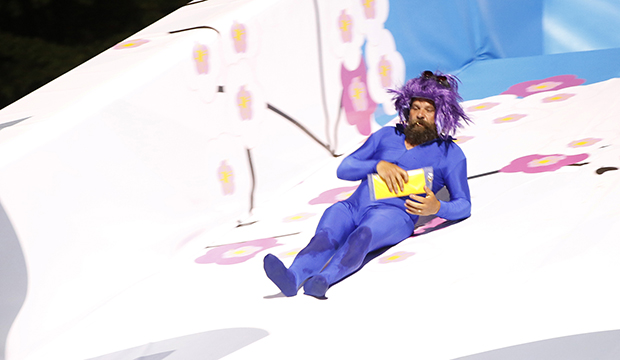 “The Amazing Race 31,” which pits former racers against “Survivor” and “Big Brother” teams, premieres Wednesday at 9/8c on CBS.