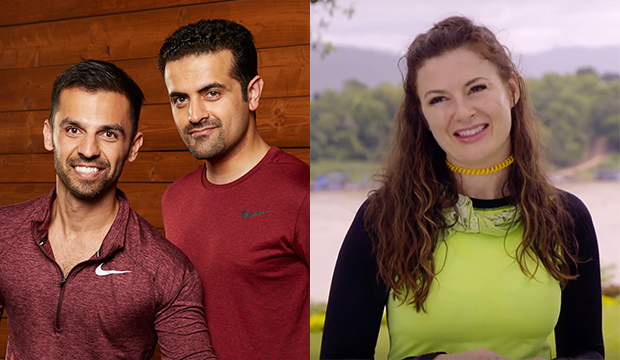 The Afghanimals, aka Leo Temory and Jamal Zadran, and Rachel Reilly are competing on “The Amazing Race” for the third time, and if either team wins Season 31 — Rachel’s racing with her sister, Elissa Slater — it’d mark a first, because no one who’s been on “Race” three times has won the $1 million yet.

Granted, there’s not a lot of people who’ve raced thrice. The Afghanimals and Rachel are the eighth, ninth and 10th people to do so. Season 24, which aired in 2014, was the first season to feature three-timers, but the third time was definitely not the charm for those seven. They are:

The Afghanimals and Rachel raced in Season 24 as well, coincidentally notching the same placements as their respective first seasons. The Afghanimals finished fourth in Seasons 23 and 24, while Rachel, who competed with her now-husband and fellow “Big Brother” alum Brendon Villegas, came in third in Seasons 20 and 24. Brenchel is the only team to have completed the “Race” course twice (Eric Sanchez was the first person to do it, finishing second with Jeremy Ryan in Season 9 and winning Season 11 with Danielle Turner).

Since Rachel, who won “Big Brother 13,” is now racing with Elissa, who came in sixth place on “Big Brother 15,” she could become the first person to complete the “Race” course three times. But if she makes the final and doesn’t win again, that would suck, though maybe not as bad as if the Afghanimals were to come in fourth for the third time. You’re just cursed at that point.