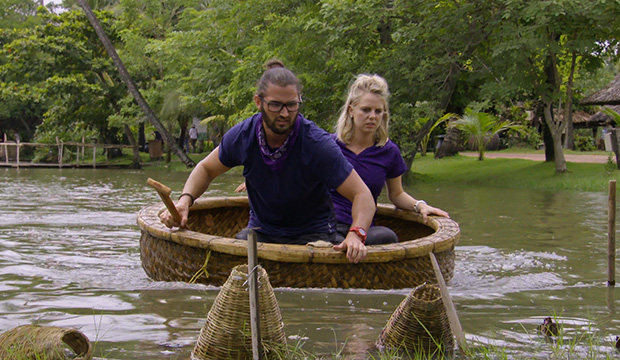 Fifth time’s the charm? Only alums from “The Amazing Race” have won the first four legs of Season 31 so far, which makes sense since this ain’t their first rodeo like it is for the “Survivor” and “Big Brother” teams. That streak will end eventually and 78 percent of our readers believe it will be Nicole Franzel and Victor Arroyo who do it.

Team Vicole is by far the safest bet. The “Big Brother” couple has performed the best out of the non-“Race” teams, notching three straight second-place finishes after coming in sixth the first leg. Two of those silvers could’ve been golds: Nicole was tricked by the Afghanimals in the second leg, who told her she was going the wrong way, and she and Victor were neck and neck with Colin Guinn and Christie Woods heading to the Pit Stop on Leg 4, but actually went the wrong way this time. They feel the most due for a win, so now they just have to go out and get it.

With 12 percent of the vote, Chris Hammons and Bret LaBelle are in second, which you probably would not have predicted two weeks ago. The “Survivor” pals had been struggling the first three legs, only getting a reprieve with a non-elimination on Leg 3. But they rallied on the fourth leg, going from ninth place to third. Can they keep it up though?

Janelle Pierzina and Britney Haynes are in third with 7 percent. The “Big Brother” stars are the definition of “middle of the pack” right now; they haven’t finished better than fifth and aren’t the worst racers but clearly not the best either. That’s not going to cut it with the numbers dropping.

Rachel Reilly and Elissa Slater are last with 3 percent. The Reilly sisters started out well, coming in fourth and third, but have since placed seventh and eighth. Leg 4 was the roughest for them, as they were ahead of the pack but stuck with the harder water wheel Detour, making them fall behind. These two were comp beasts on “Big Brother,” so don’t be surprised if they just turned it on one leg.

“The Amazing Race” returns with two episodes on Wednesday in its new time slot, 8/7c, on CBS.