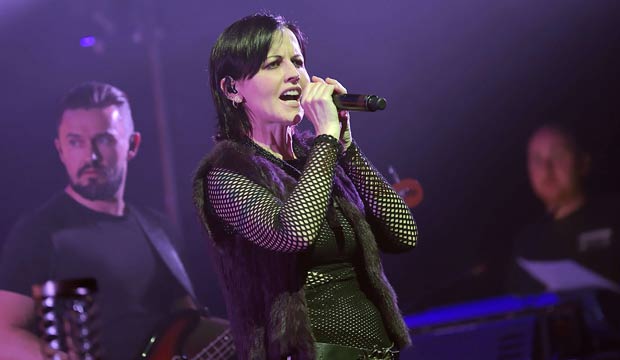 The Cranberries lead singer Dolores O’Riordan tragically died in January 2018 at age 46 — accidental drowning due to alcohol intoxication. But the rock band released one final album more than a year later, “In the End,” which is now nominated for a Grammy for Best Rock Album. Will the recording academy pay tribute to them with a win this year? Other rockers have recently won posthumous Grammys, perhaps surprisingly, The Cranberries had never earned a single nomination before this, so they’re long overdue.

The Irish rock band had their heyday in the mid-1990s, when their first three albums — “Everybody Else Is Doing It, So Why Can’t We?,” “No Need to Argue” and “To the Faithful Departed” — all had multi-platinum sales and produced a few enduring hits including “Dreams,” “Linger” and “Zombie.” “Argue” was their most successful release, certified seven-times platinum, and “Zombie” topped Billboard’s Alternative Rock chart, but none of their music ever made the cut.

It has been a tragic few years for the rock world, though, and Grammy voters have lately been sentimental. David Bowie died in 2016 two days after the release of his final album, “Blackstar,” and the following year he won four Grammys for it: Best Alternative Album and Best Engineered Album (Non-Classical), plus Best Rock Performance and Best Rock Song for the title track. The only competitive Grammy he had won before that was for his music video “Jazzin’ for Blue Jean” in 1985.

Canadian legend Leonard Cohen also died in 2016; the only competitive Grammy he won when he was alive was as a featured artist on 2008 Album of the Year winner “River: the Joni Letters” by Herbie Hancock. But he was awarded Best Rock Performance posthumously for “You Want it Darker” in 2018.

Then in 2017 Chris Cornell died by suicide. The former Soundgarden front man had previously won a couple of Grammys back in 1995, but the Grammys honored him again after his death, giving him Best Rock Performance for “When Good Does Bad” in 2019. He actually had an earlier posthumous nomination in 2018, but that was the prize Cohen won.

SEEIs the 8th time the charm for Sara Bareilles at the Grammys? She has another chance to finally win in 2020

So the door is open for The Cranberries to finally prevail. “In the End” earned them positive reviews. And though Best Rock Album is their only nomination this year, none of their rivals have widespread academy support either. Cage the Elephant (“Social Cues”) are past winners in this category, but this is their only nomination. Bring Me the Horizon (“Amo”) are sole nominees too. Rival Sons (“Feral Roots”) have one other nomination for Best Rock Performance. And I Prevail (“Trauma”) are additionally up for Best Metal Performance.

Besides Cage the Elephant, none of this year’s nominees for Rock Album have ever been nominated at the Grammys before this year. So voters may want to take the opportunity to finally honor O’Riordan and her legacy with The Cranberries.