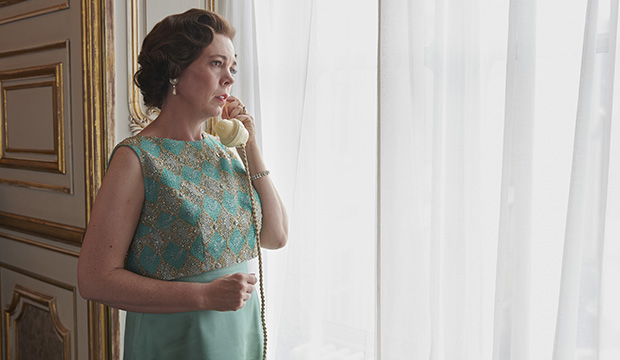 Olivia Colman is 0-2 at the Emmys, but she has the reverse record at the Golden Globes: The Oscar winner has never lost a Globe race, winning for her supporting turn in the AMC limited series “The Night Manager” and earlier this year in Best Comedy/Musical Actress for “The Favourite.” And now she can extend that to a 3-for-3 record with a Best TV Drama Actress victory for “The Crown.”

The Brit would be in rarefied air should she maintain her flawless streak. While many actors have gone 2 for 2 at the Globes, including reigning TV drama actress winner Sandra Oh (“Killing Eve”), it’s much more difficult to bat 1000 at three-plus nominations for acting (this excludes defunct Globes categories, like New Star of the Year and the Henrietta Award, that don’t have a project attached). Martin Landau managed to go 3 for 3, prevailing for the second season of “Mission: Impossible” in 1968 and then on the film side for his supporting performances in “Tucker: The Man and His Dream” (1988) and “Ed Wood” (1994), the latter of which earned him an Oscar.

SEE ‘The Crown’ Season 3 reviews: Olivia Colman is ‘magnificent’, but does it still have the same ‘urgency’?

But the pristine queen of the Globes is Rosalind Russell, who converted all five of her nominations into wins: Best Actress for “Sister Kenny” (1946) and “Mourning Becomes Electra” (1947) (this was before the Globes split the race into genres), and Best Comedy/Musical Actress for “Auntie Mame” (1958), “A Majority of One” (1961) and “Gypsy” (1962).

In first place in our odds, Colman had big shoes to fill on “The Crown,” replacing Claire Foy as Queen Elizabeth II for the just-released third and upcoming fourth seasons. Foy took home Best Drama Actress and the show won Best Drama Series for the first season. “The Crown” is in an interesting position because even though it’s not a brand new show, which the Hollywood Foreign Press Association loves, it does boast a brand new cast, so what’s old is new again. Plus, Colman could turn out to be one of those stars the HPFA really, really likes and doesn’t mind awarding over and over in a short span of time, like Sarah Jessica Parker, who bagged three straight Globes for “Sex and the City” and four total or Jennifer Lawrence, who won three statuettes in four years from four career bids.

Colman is also in contention for “Fleabag” in the single supporting TV actress category, but she’s not expected to make the cut, sitting in seventh place.