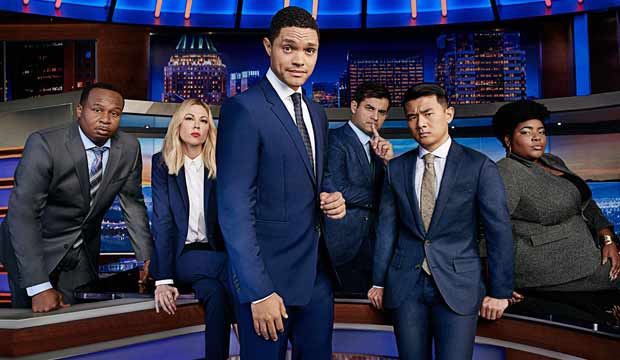 “The Daily Show” has exploded the careers of its correspondents over the years. Steve Carell, Stephen Colbert, Samantha Bee, John Oliver, Wyatt Cenac, Hasan Minhaj and more became stars thanks in large part to their work as fake newsmen and newswomen on the series. But they have never been recognized for their work on-screen. That could change this year because “The Daily Show” has finally entered its correspondents for consideration — as guest actors.

Two women are in the running for Best Comedy Guest Actress for the show: Desi Lydic and Dulce Sloan. And four men are up for consideration for Best Comedy Guest Actor: Ronny Chieng, Michael Kosta, Roy Wood Jr. and Jaboukie Young-White. The chief requirement to be considered as guest actors at the Emmys is to appear in less than 50% of all eligible episodes. “The Daily Show” airs four nights a week, so even though its correspondents probably log more episodes per year than most lead acting contenders at the Emmys, they qualify as guests as long as they average fewer than two per week.

While “Daily Show” correspondents have never been Emmy contenders for their acting before, a few have won prizes for their contributions behind the scenes. Colbert, Oliver and Cenac all won Emmys as members of the show’s writing staff while they were working as correspondents, and a few others went on to take home Emmys for their later projects like Bee (“Full Frontal”), Mo Rocca (“CBS Sunday Morning”) and Rob Corddry (“Childrens Hospital”).

Which of this year’s correspondents do you think is most likely to make the cut at this year’s awards now that they have been submitted for their work as actors?