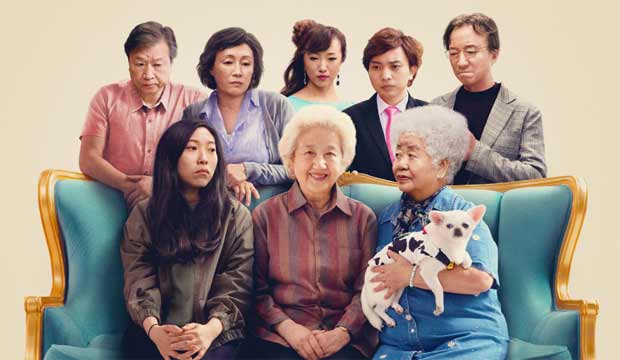 “The Farewell” was one of the most buzzed about films to come out of the 2019 Sundance Film Festival in January, and it officially opened July 12 in limited release. Written and directed by Lulu Wang based on her own unlikely true story, the film stars Awkwafina as a Chinese-American woman who joins her family in concealing her grandmother’s terminal illness — from her grandmother. So what do critics think of the film now that it’s out?

In short, they love it. As of this writing “The Farewell” has a MetaCritic score of 89 based on 24 reviews, which are unanimously positive and include seven perfect 100s. That makes it the fourth highest rated film on MetaCritic this year so far. And the film has a perfect 100% freshness rating on Rotten Tomatoes based on 74 reviews. The RT critics’ consensus says that the film “deftly captures complicated family dynamics with a poignant, well-acted drama that marries cultural specificity with universally relatable themes.”

The film is distributed by A24, the studio behind the Oscar-winning “Moonlight” and “Room” and the Oscar-nominated “Lady Bird,” “The Lobster” and “First Reformed,” among others, so will this be their next big awards contender? If so, it has the potential to be historic. Awkwafina’s performance here is described as “superb” and “refreshingly naturalistic,” and if she’s nominated for Best Actress she would be the first nominee in that category of Asian descent since Merle Oberon (“The Dark Angel”) 84 years ago. And if Lulu Wang is nominated for her work behind the camera, she would be the first Asian woman ever to contend for Best Director (and only the sixth woman of any ethnicity).

Check out some of the reviews for the film below, and discuss this and more with your fellow movie fans in our forums.

Inkoo Kang (Slate): “‘The Farewell’ is full of lovingly sketched complex characters and delicately layered interpersonal dynamics. But it’s equally powerful as a travelogue about visiting one’s birth country … Wang’s direction is mostly understated, but her film includes some sublimely composed images that suggest the tacky caprices, the oases of beauty, and the matter-of-fact ordinariness of contemporary Chinese life.”

Emily Yoshida (Vulture): “In this, her second feature, she transcends the hooky premise with confidence and subtlety. The little dramas and themes that emerge during the reunion of the film’s far-flung brood become, like a family, more than the sum of its individual parts, and an incredibly satisfying meal of a film.”

Justin Chang (Los Angeles Times): “You might discern echoes of movies like ‘The Wedding Banquet,’ Ang Lee’s 1993 comedy about a very different matrimonial deception, or the more recent ‘Crazy Rich Asians,’ in which Awkwafina proved herself to be a born scene stealer. She’s superb here in her first dramatic leading role, using her deadpan comic instincts to underscore the wryness of Billi’s worldview.”

Beatrice Loayza (The A.V. Club): “‘The Farewell’ unfolds chiefly from the perspective of Billi (a bare-faced and refreshingly naturalistic Awkwafina) … A crushingly bittersweet mood dominates the film, and Wang demonstrates a steady hand in her balancing of morbid material and warm, culturally insightful humor.”