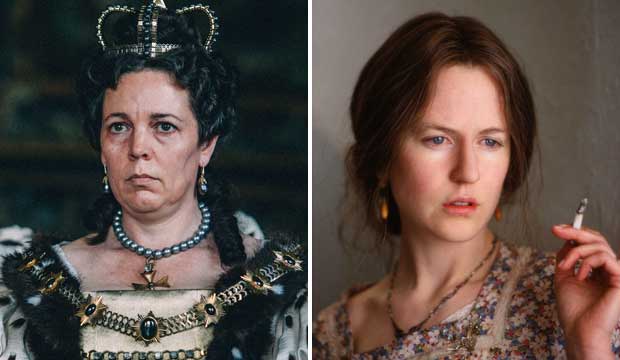 “The Favourite” is only set during one time period, and there’s a lot less existential angst, but it also focuses on three queer women — or at least, three women who use their sexuality to their advantage. It stars Rachel Weisz and Emma Stone as conniving advisers scheming to win the affections of mercurial and lovestruck Queen Anne (played by Olivia Colman).

SEELGBT Oscar snubs: ‘Can You Ever Forgive’ the academy for overlooking these queer films?

Both films were among the biggest nominees at the Oscars in their respective years. “The Hours” was third behind “Chicago” (13 noms) and “Gangs of New York” (10 noms), while “The Favourite” was tied with “Roma” as the top contender.

But neither film left empty-handed. Kidman won Best Actress for “The Hours,” and now Colman has claimed that award for “The Favourite.” Both races were close calls, though, since Kidman and Colman had to overcome that year’s SAG Award winner (Renee Zellweger in “Chicago” in 2002, Glenn Close in “The Wife” in 2018).

Winning one award out of 10 nominations probably isn’t the result the “Favourite” folks were hoping for — we were predicting it to win three — but it could have been worse. It could have been “Carol’d.” That was another film about queer women, which received rave reviews when it opened in 2015 and earned six Oscars nominations, but it was snubbed for Best Picture and Best Director, and it was shut out on Oscar night.

Did you think “The Favourite” deserved more than just Colman’s victory for Best Actress? Should it have even won Best Picture?