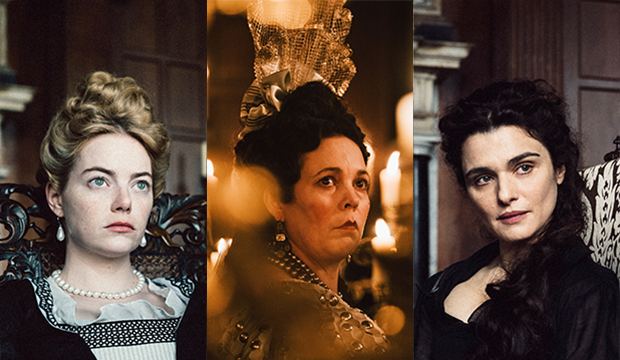 Since the supporting acting awards were introduced at the 9th Oscars in 1936, only 10 films have bragging rights to wins for both their leading ladies and a featured actress. “The Favourite” could well become the 11th to do so. Olivia Colman is locked in a tight race for Best Actress with Lady Gaga (“A Star is Born”) and Glenn Close (“The Wife”). And two past Oscar winners — Emma Stone (“La La Land”) and Rachel Weisz (“The Constant Gardener”) — are in strong contention for Best Supporting Actress.

As with “The Favourite,” both the first and last films to win both these Oscars were period pieces. Just two years after the academy began rewarding supporting performances, Fay Bainter reaped nominations in both categories. While she lost her Best Actress bid for “White Banners” to her “Jezebel” co-star Bette Davis, she won Best Supporting Actress for playing Davis’ on-screen nemesis.

The most recent double act to take home Oscars were Gwyneth Paltrow and Judi Dench from 1998’s “Shakespeare in Love.” Paltrow won Best Actress for her gender-bending performance as a woman forced to impersonate a man in order to pursue her passion for acting while Dench prevailed for her brief but memorable portrayal of Queen Elizabeth.

In between these two, seven other films have showcased women in both leading and supporting roles that won over the academy. “Jezebel” had been made as a consolation prize for Davis, after she lost out on the role of Scarlett O’Hara in “Gone with the Wind.” That epic swept the 1939 Oscars, with Vivien Leigh winning the first of her two Best Actress awards for that iconic role. And Hattie McDaniel made history as the first African American to win when she triumphed for her turn as Scarlett’s Mammy.

Leigh won her bookend 12 years later when she recreated her London stage triumph as Blanche DuBois in the film version of Tennessee Williams‘ “A Streetcar Named Desire.” Likewise Kim Hunter, who was imported from the Broadway cast, won the supporting award for her turn as Blanche’s understanding sister Stella.

In 1942, the academy rallied around “Mrs. Miniver,” which depicted a family struggling to adapt to life in wartime England. In the title role, Greer Garson prevailed for personifying the British fighting spirit. Among those she edged out in the Best Actress race was Teresa Wright for her role as the dutiful wife in “Pride of the Yankees.” Wright picked up the Best Supporting Actress award for her work in “Mrs. Miniver” as Garson’s daughter-in-law.

Four years later, Elizabeth Taylor, who was then at the height of her beauty, shocked audiences with her scorching performance as a harridan in the screen version of Edward Albee‘s “Who’s Afraid of Virginia Woolf?” and won her second Best Actress Oscar. Sandy Dennis took home the supporting award for her more subtle work as a young wife.

In 1976, two similarly calibrated roles won these awards. Faye Dunaway claimed Best Actress for her scenery-chewing role as a TV producer driven to desperate measures in the quest for ratings while Beatrice Straight won Best Supporting Actress for a scene of quiet rage as a spurned wife.

Cher and Olympia Dukakis won these Oscars for playing a battling daughter and mother in the romantic comedy “Moonstruck” in 1987. They were followed six years later by Holly Hunter and Anna Paquin for their mother/daughter duo in “The Piano.”