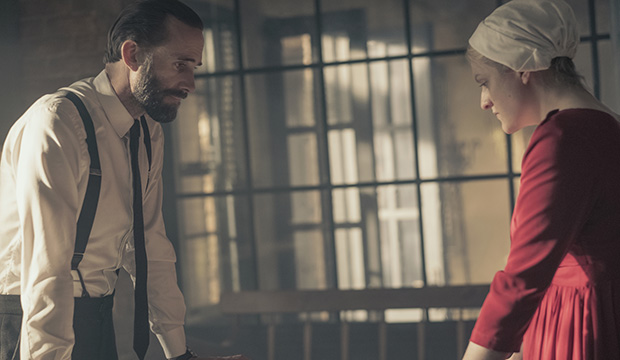 Hulu raised some eyebrows earlier this month when it decided to submit the remaining three episodes of Season 2 of “The Handmaid’s Tale” that missed Emmy eligibility last year for qualification this season, lest it miss the cycle completely with Season 3 not bowing until June 5. Those three installments qualify as orphaned episodes, per TV academy rules, which means they’re eligible in 18 episode-specific categories. It’s a major flex that 40 percent of our readers think is “brilliant” because, hey, why shouldn’t Hulu go after as many Emmys as it can?

This is a prime case of “don’t hate the player, hate the game.” The rules are what they are, and Hulu is not breaking any of them to nab more hardware. And why shouldn’t it do so when it has eligible contenders? This strategy also keeps “The Handmaid’s Tale” in the Emmy conversation, and it’s sort of the best of both worlds for it. The show is not eligible in the drama series race or a body-of-work category (e.g. lead and supporting acting races), which is just as well since “Game of Thrones” and Sandra Oh (“Killing Eve”) are seen as mortal locks, but it has competitive episodes episodes, like “Holly,” that could pop up in several individual achievement categories and buzzed-about guest performances from Cherry Jones and Bradley Whitford. The drama field is also missing some big players this year, so there are spots for the taking.

SEE Surprise! ‘The Handmaid’s Tale’ will compete in 18 categories at 2019 Emmys [EXCLUSIVE]

However, 37 percent of you think this is a “desperate and confusing” move from Hulu. Initially, the streaming service was not going to submit these three hours so as to not confuse voters before having a change of heart. Plus, most people are probably not aware of this fine-print rule, so they might be flummoxed when they see the show on the ballot in a bunch of below-the-line categories, but it’s missing in the program and series regular acting races. Season 3 — on which Whitford is a series regular — will also be airing while Emmy voting is going on, which could both benefit the show or add to the confusion. It’s also difficult to tell how voters will respond to the remaining episodes, as the Season 2 finale was highly divisive. “The Handmaid’s Tale” also flopped at the main ceremony last year, getting shut out. Did people vote last year with the finale in mind even though it technically was not eligible?

Meanwhile, the remaining 23 percent of our readers believe this is a dumb rule, which perhaps the “Handmaid’s” supporters and detractors can agree with.