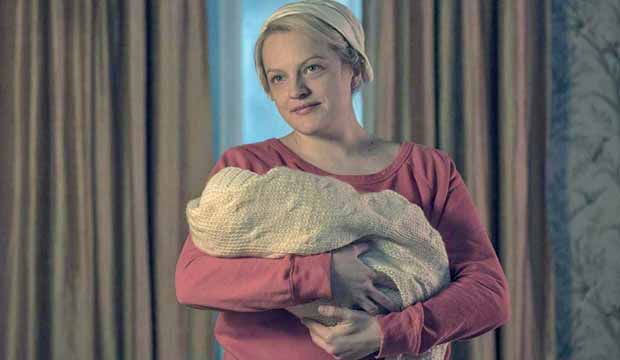 Gold Derby was the first to report back on February 11 that the third season of “The Handmaid’s Tale” will not be eligible for the 2019 Emmy Awards. That’s because Season 3 will debut on June 5, just days after the official deadline of May 31 for this year’s eligibility period. It means that the program can’t compete for Best Drama Series and neither can 2018 nominated actors Elisabeth Moss, Ann Dowd, Yvonne Strahovski, Alexis Bledel and Joseph Fiennes. However, Hulu has still found a way to fight for 18 nominations at this September’s ceremony.

“The Handmaid’s Tale” had three episodes from Season 2 that aired on June 27 (“Holly”), July 4 (“Postpartum”) and July 11 (“The Word”). They were too late in airing for the 2018 Emmys but would qualify for 2019. Since there are only three installments (instead of the required six for a drama series), the studio can only enter “The Handmaid’s Tale” for the following creative arts categories, with only directing and writing being presented on the primetime broadcast.

Here is the official TV Academy language that allows these submissions:

14a. An ongoing series or intended series (excluding documentary/nonfiction and animation) that is cancelled or discontinued and five or less episodes first aired in the current eligibility year, the series is ineligible for program category entry. However, individual achievement eligibility for “orphaned” episodes of a series that has previously qualified for series program eligibility may be eligible so long as the entry complies with the specific eligibility rules for the category. Please note that series body-of-work individual achievement entries are not eligible. These categories include: lead and supporting performers, writing for a variety series, casting, stunt coordination and, where the body-of-work entry option is chosen, picture editing and cinematography for reality programming.