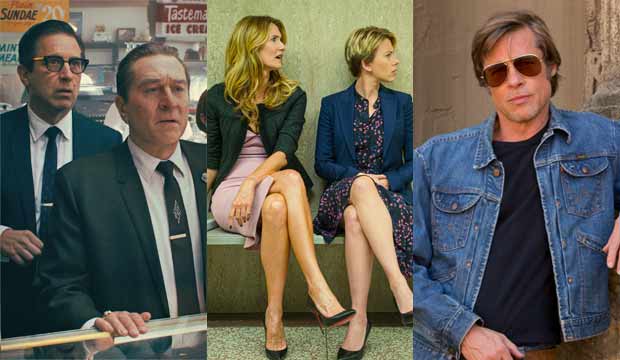 Expect a good Golden Globe nominations morning on December 9 for Netflix as the streaming service is expected to have the top two titles: “The Irishman” and “Marriage Story.” That’s according to the combined predictions of thousands of Gold Derby users who have given us their forecasts here in our predictions center in 11 categories; the only races we’re not predicting are Best Song, Best Score, or Best Foreign Film, but we will be betting on those winners once nominations are announced. Scroll down to see our complete predictions by film with our projected winners highlighted in gold.

“The Irishman” is our front-runner to win Best Film Drama and Best Director (Martin Scorsese), and the decades-spanning gangster picture is also predicted to earn acting nominations for Robert De Niro, Al Pacino and Joe Pesci, plus a bid for Steven Zaillian‘s script. That’s six nominations in all.

Those films are followed closely in our predictions by “Once Upon a Time in Hollywood” with five noms. It’s over in the Best Film Comedy/Musical race, where it’s expected to be defeated by the World War II satire “Jojo Rabbit,” but we do think the nostalgic showbiz film will earn writing and directing noms for Quentin Tarantino, plus a lead-acting bid for Leonardo DiCaprio and a supporting win for Brad Pitt.

Meanwhile, we’re predicting four total nominations for the aforementioned “Jojo,” three for “Knives Out” and two apiece for a number of films including “Little Women,” “Joker,” “Bombshell,” “Dolemite is My Name” and “Parasite” — the last of which will very likely pick up at least one other nomination for Best Foreign Film. Being eligible in that category means the Korean thriller can’t compete for Best Film Drama.

“HOW TO TRAIN YOUR DRAGON: THE HIDDEN WORLD”
Best Animated Feature

“WEATHERING WITH YOU”
Best Animated Feature

Be sure to make your Golden Globe predictions so that Hollywood insiders can see how their films and performers are faring in our odds. You can keep changing your predictions until nominations are announced. And join in the fierce debate over the 2020 Golden Globes taking place right now with Hollywood insiders in our movie forums. Read more Gold Derby entertainment news. 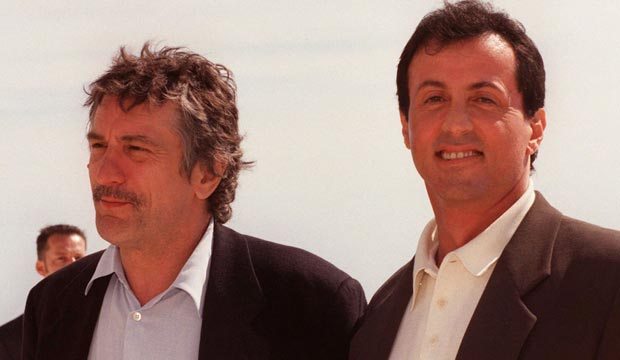